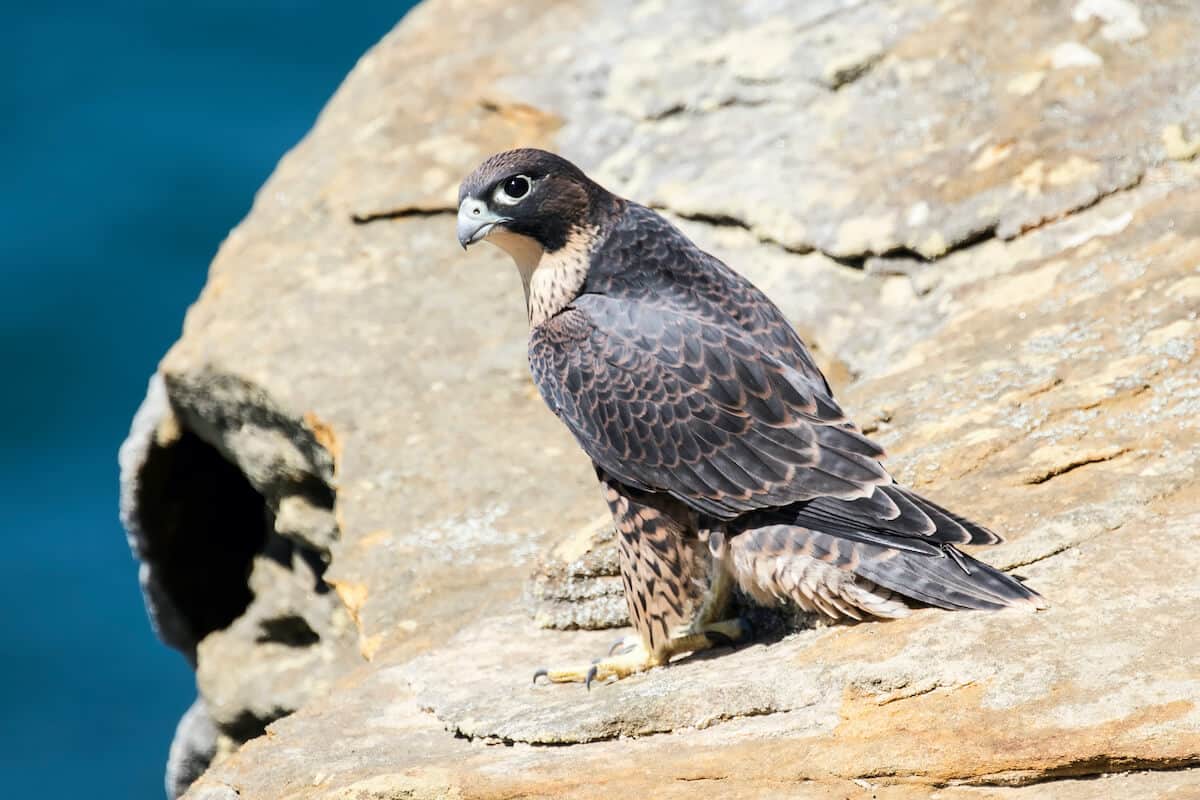 The beautiful Hawaiian islands are known for all sorts of exotic and unique flora and fauna. But its remote, isolated location means some groups of animals have evolved to fill very specific niches, while other groups of animals are entirely absent. When it comes to falcons in Hawaii, there are no native species. However there are two falcons that may visit Hawaii in the winter, the Peregrin Falcon and the Merlin.

The Peregrin Falcon is really the only falcon that regularly visits the islands. Even then, it is estimated that maybe only about 2 per year spend time on the islands during the winter months. The second falcon we talk about here, the Merlin, is pretty rare and only a few sightings have been recorded.

Other birds of prey that may be mistaken for falcons in Hawaii are hawks are and Osprey’s. Check our our article here to learn about the hawks in Hawaii.

Peregrine Falcons have been spotted on nearly every Hawaiian island, but they aren’t very common. It is not currently believed that any live in Hawaii year-round, nor do they breed here. But some do end up visiting from Canada or the U.S. west coast as they wander during the winter months. In fact, it often makes the local news when a Peregrin visits downtown Honolulu. They like to use tall buildings for perching, a great way to find a food source – pigeons!

Most Peregrines in the continental U.S. migrate far north to arctic regions of Canada and even Greenland each year to breed. Their name, “peregrine” means wanderer / pilgrim. This hints at their widespread nature, being found on early every continent world wide.

Hawaii is not part of their official range, however a few rare sightings have been noted. They would most likely wander to Hawaii between December and March, when they are less concerned about territory and are looking for a warm place to spend the winter.

Other articles you may enjoy: