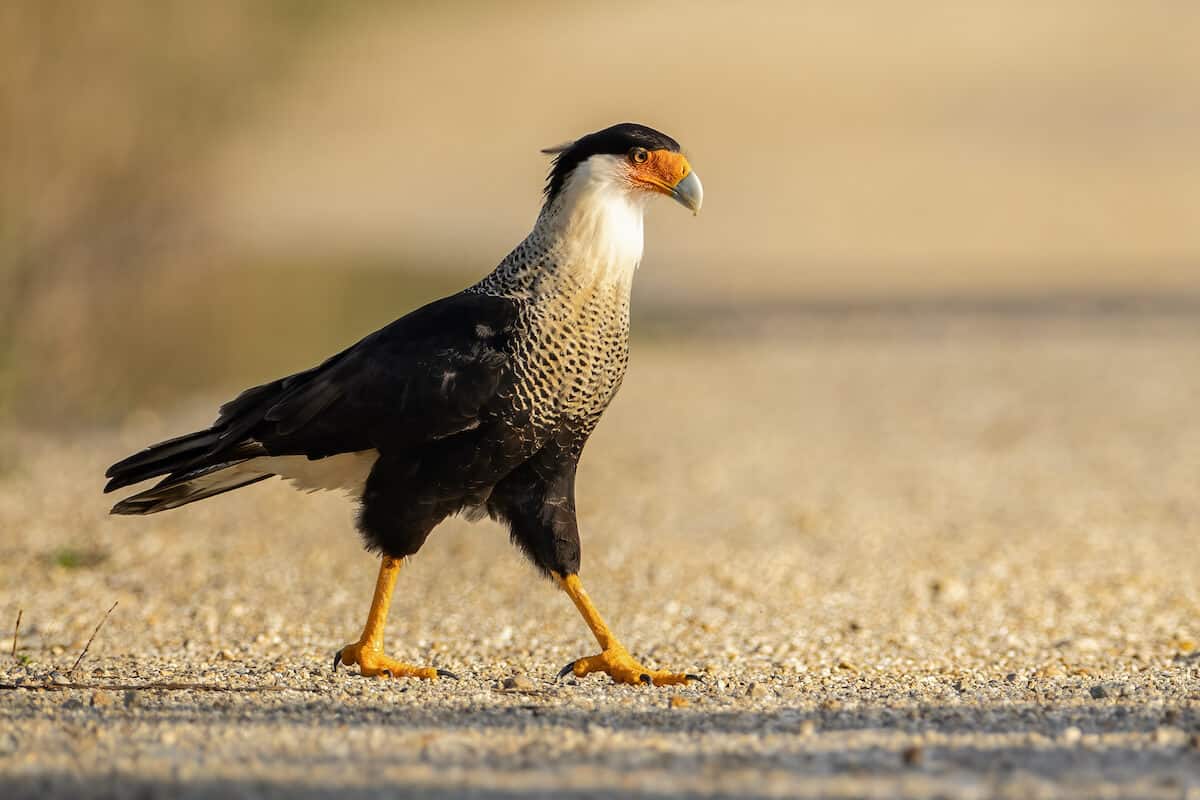 Falcons are birds of prey, but separate from eagles, kites, and hawks. Unlike these other raptors, falcons kill their prey with their beaks rather than their talons. They are also usually faster, and have longer and more slender wings compared to hawks. There are 7 species of falcons that regularly visit the United States, but in this article we will look at the 4 species of falcons in Louisiana.

The 4 species of falcons most commonly found in Louisiana are the American Kestrel, Merlin, Peregrine Falcon, and Crested Caracara.

The American Kestrel can be found in northwestern Louisiana year-round, but for most of the state you’ll be most likely to see them during the fall and winter.

Merlins are another small falcon found in Louisiana. In the northern half of the state, you’ll have a chance to see them twice a year during the spring and fall migration, as they move between their winter grounds further south and their breeding grounds in Canada.

In the southern half of Louisiana, some stay to spend the winter months. The majority of sightings seem to occur in coastal towns.

Similar to the Merlin, Peregrine Falcons pass through the northern half of Louisiana during migration periods, but may spend several months in the southern half of the state during the winter.

The Crested Caracara looks unlike any of the other species of falcon. In fact, the Cornell Lab describes them as a bird that “looks like a hawk…behaves like a vulture, and is technically a large tropical black-and-white falcon.” They are most common in Central America but are found in a few spotty areas of the Southern United States.

In Louisiana, they are most commonly seen in the southwestern corner, west of Lafayette. Areas like Lacassine, Cameron Prairie and Sabine National Wildlife Refuges. Less commonly they are spotted along the coast east of Lafayette, or further north in the state along the Red River.

Large compared to other U.S. falcons, the caracara has long yellow legs and a dark brown body. Their white neck and checks are topped with a flat dark cap, and a bright orange beak with bluish-gray tip.