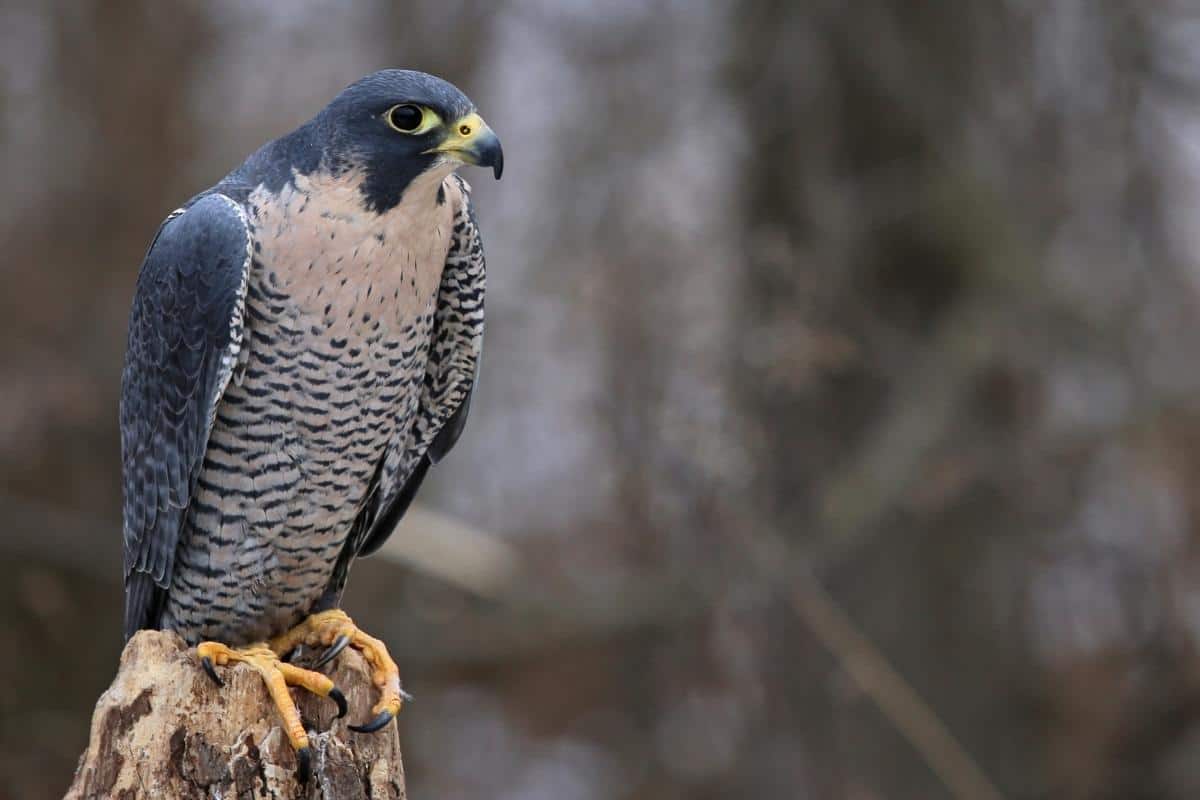 Falcons are birds of prey, but different from eagles, kites, and hawks in several ways. Unlike these other raptors, falcons kill their prey with their beaks rather than their talons. They also tend to be smaller, faster, hunt more birds, and have longer wings, among other differences.  There are 7 species of falcons that regularly visit the United States, but in this article we will look at the 4 species of falcons in Michigan.

The 4 species of falcons found in Michigan are the American Kestrel, Merlin, Gyrfalcon and Peregrine Falcon.

The American Kestrel can be found in Michigan during the breeding season, so look for them between spring and mid-fall when they head further south for the winter.

Merlins are another small falcon found in Michigan. However, you’ll only spot them during spring and fall migration as they pass between their breeding grounds to the north and their winter grounds to the south. 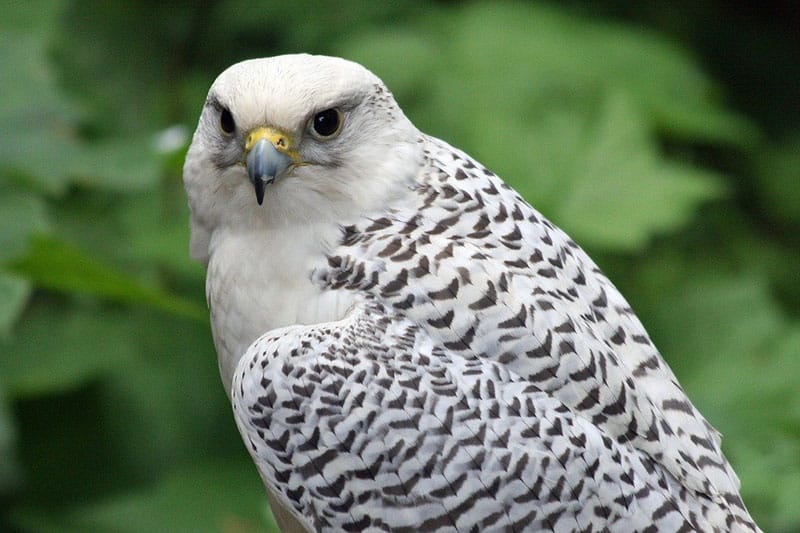 These cold-weather falcons breed around the Arctic circle, then move further south into Canada for the winter. The states along the U.S.’s northern border, including Michigan, are at the bottom of their winter range. They would be considered a lucky, rare sighting.

Gyrfalcon’s can come in two distinct color morphs, white and gray. The white morph, pictured above, can look a bit like a snowy owl with white plumage flecked with black. Gray morphs have dark backs and heads, either solid or with white banding.

Peregrine Falcons can be found throughout Michigan. Most travel through the state during migration, but some also remain year round.