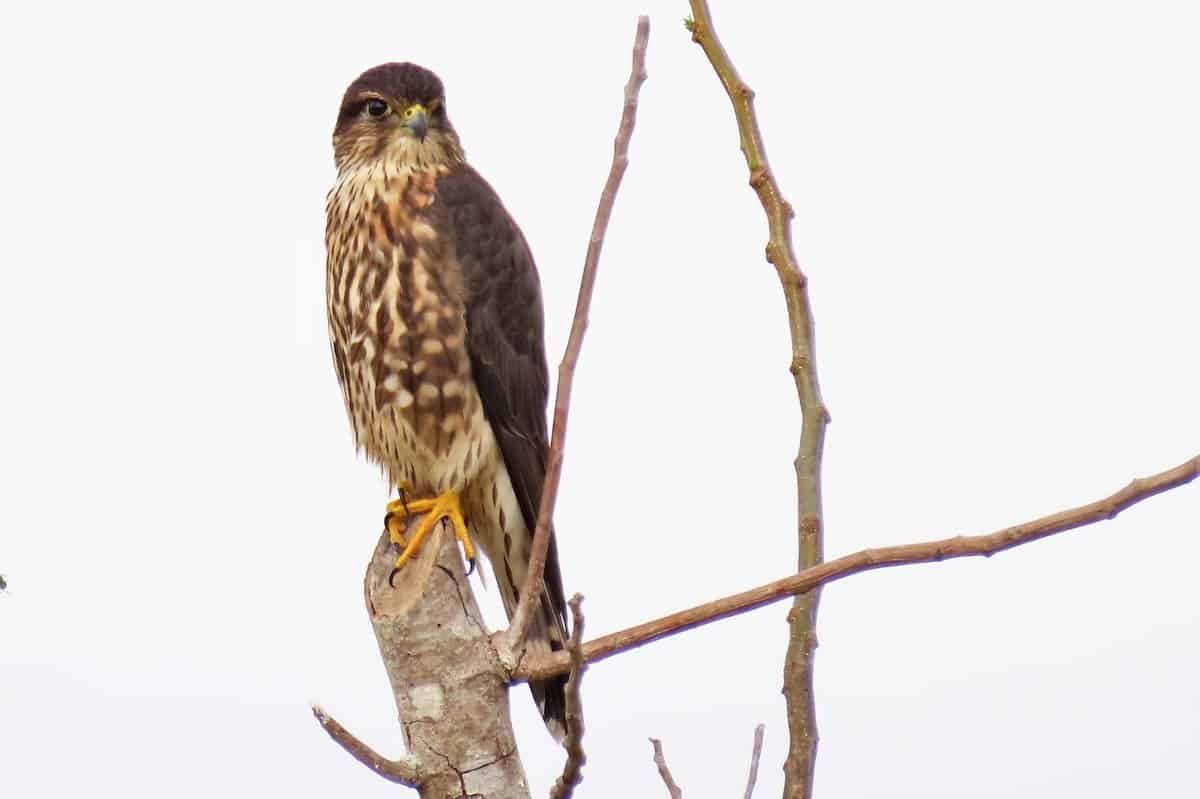 Falcons are birds of prey, but separate from eagles, kites, and hawks. Unlike these other raptors, falcons kill their prey with their beaks rather than their talons. They are also usually faster, and have longer and more slender wings compared to hawks. There are 7 species of falcons that regularly visit the United States, but in this article we will look at the 3 species of falcons in Mississippi.

The 3 species of falcons most commonly found in Mississippi are the American Kestrel, Merlin and Peregrine Falcon.

The American Kestrel can be found throughout most of Mississippi year-round. Although for the far western edge of the state, they may only be common during winter.

Merlins are another small falcon found in Mississippi. For most of the state, you’ll have a chance to see them twice a year during the spring and fall migration, as they move between their winter grounds further south and their breeding grounds in Canada.

However in the southern, coastal area of Mississippi, some will stay to spend the winter months.

Similar to the Merlin, Peregrine Falcons pass through most of Mississippi during migration periods, but may spend several months in the far southern part of the state during the winter.