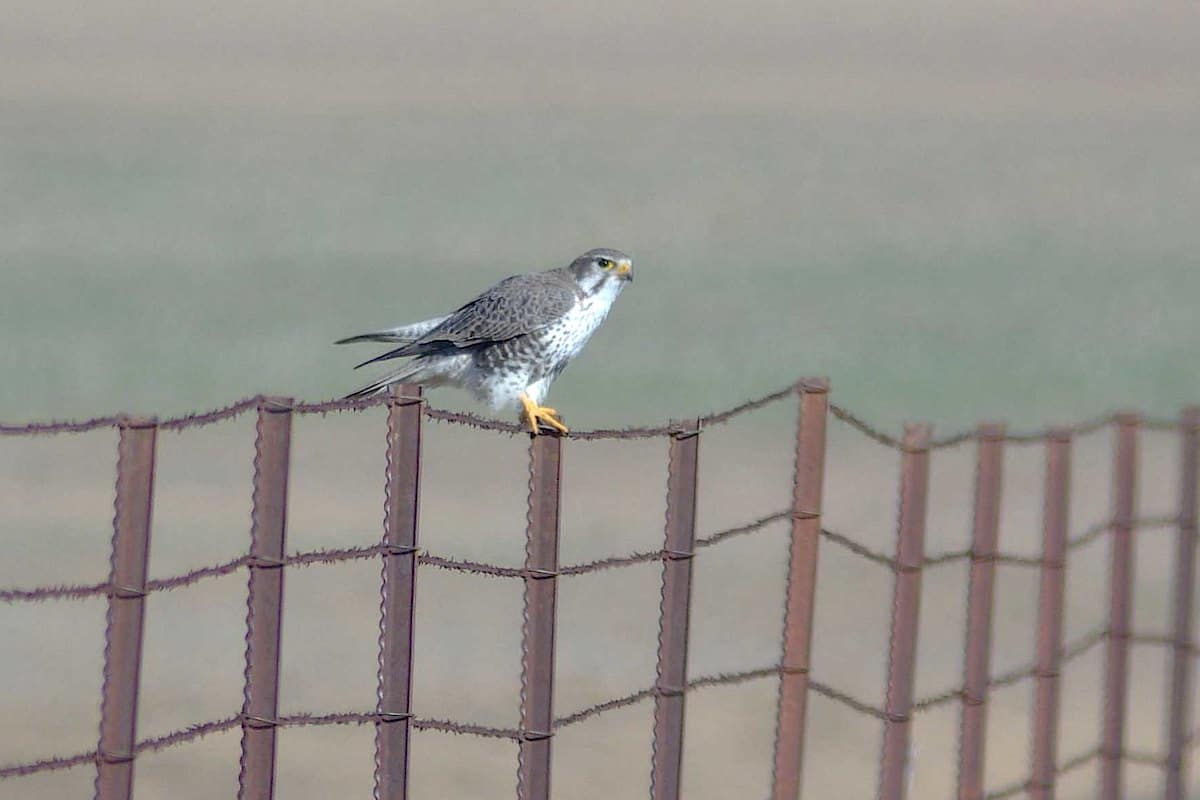 Falcons are birds of prey, but separate from eagles, kites, and hawks. Unlike these other raptors, falcons kill their prey with their beaks rather than their talons. They are also usually faster, and have longer and more slender wings compared to hawks. There are 7 species of falcons that regularly visit the United States, but in this article we will look at the 5 species of falcons in Montana.

The 5 species of falcons most commonly found in Montana are the American Kestrel, Merlin, Peregrine Falcon, Prairie Falcon and Gyrfalcon.

The American Kestrel comes to Montana to breed, so you can find them hanging out in the state between spring and fall.

Merlins are another small falcon found in Montana. For most of the state, you’ll have a chance to see them twice a year during the spring and fall migration, as they move between their winter grounds further south and their breeding grounds in Canada.

Along the northern border, some stick around for the summer to breed, while in the southwest corner some remain all-year.

Similar to the Merlin, Peregrine Falcons pass through Montana during migration periods. They will stay to breed for the summer through the central portion of the state.

The prairie falcon prefers wide open spaces like grasslands and fields where they soar high overhead looking for their next meal which is usually small mammals or other birds. They are found throughout much of the the western half of the U.S. year-round, including Montana, and some may move slightly east to the middle of the country for the winter months.

These cold-weather falcons breed around the Arctic circle, then move further south into Canada for the winter. The states along the U.S.’s northern border, including Montana, are at the bottom of their winter range. They would be considered a lucky, rare sighting in most places in the U.S.