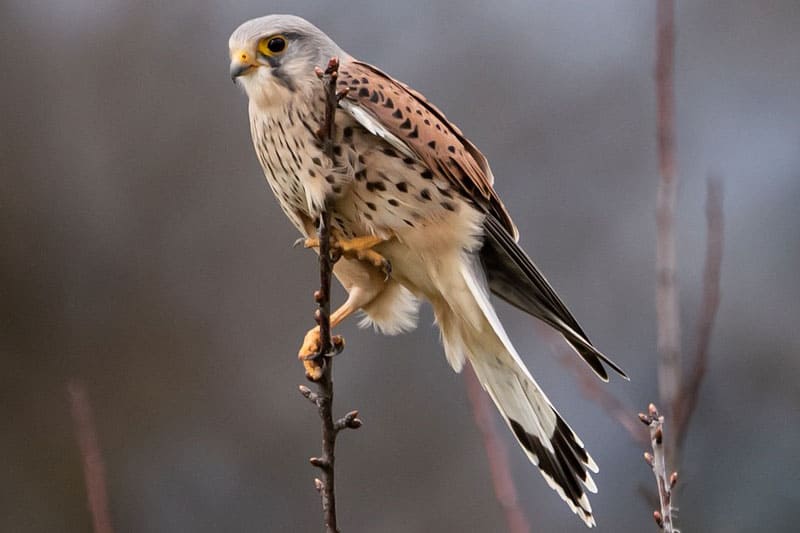 Falcons are small birds of prey famed for their speed and their ferocity. They’re an awesome sight, and spotting one in the wild is definitely a thrill. Falcons tend to adapt to a human presence better than other birds of prey, too, which means that you may not even have to travel far to find one. This article will discuss the species of falcons in Pennsylvania, where you can find them, and how they live.

3 Species of Falcons in Pennsylvania

There are three types of falcons that can be found in Pennsylvania: the American Kestrel, the Merlin, and the Peregrine falcon.

In most of their range, kestrels are year-round residents. That includes Pennsylvania, where you’ll find kestrels living in all areas of the state all year long. Kestrels are drawn to places with few trees and short vegetation on the ground, which means they tend to like urban and suburban areas.

Kestrels can often be spotted perched on telephone wires and other high places around town as they scan for their prey, which includes grasshoppers, lizards, and mice. Sometimes they’ll hover by facing into the wind while flying. Kestrels are the smallest falcons in Pennsylvania and North America. Which actually means that they’re on the lunch menu for larger birds of prey. 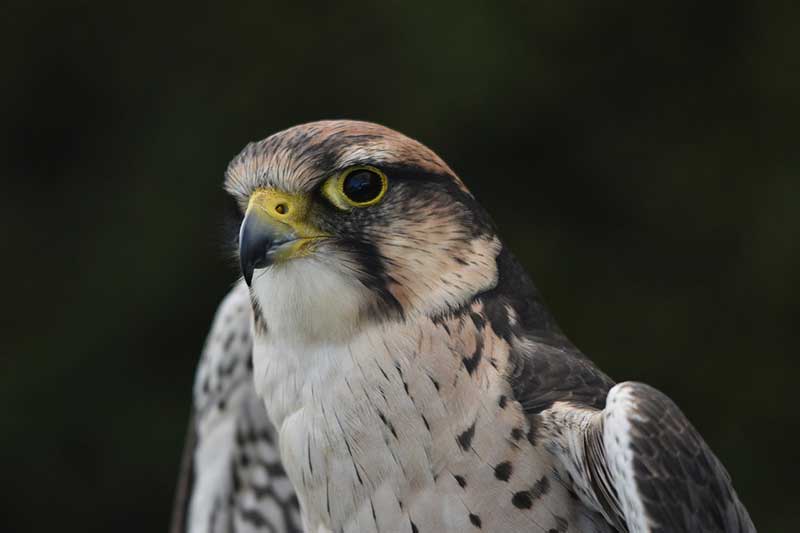 Merlins are mostly spotted in Pennsylvania as they migrate through to their breeding grounds in Canada or their wintering grounds along the Atlantic Coast. However, there are merlins who spend their winters in the southeast corner of the state. It’s right on the edge of their wintering range, so they may not be particularly common, but you can find them there.

Merlins can be hard to spot because they’re typically perched high in the tree tops scanning for prey, or chasing down songbirds at top speed. Merlins are fast and powerful in flight. They don’t spend much time soaring or cruising, so catching a glimpse of one before it flies out of sight can be a challenge. Look for them in suburban areas where there are large population of house sparrows. If a flock of sparrows suddenly takes flight all at once, there’s a good chance they’ve been ambushed by a merlin.

Peregrine Falcons are usually found in Pennsylvania as they migrate through it, but there are resident populations in the southeast corner of the state and along the Ohio River where it flows through the western side of Pennsylvania. You’ll find them in open areas near cliff faces- or skyscrapers. They like to hunt near rivers and other bodies of water. Although urban landscapes are also popular hunting grounds for them. In wild areas, waterfowl and shorebirds are favorite prey items, but city peregrines have developed a taste for pigeons.

Peregrines are a common sight in large cities because they’ve adapted to urban environments better than most birds of prey. They’ll often build their nests on the window ledges of skyscrapers. If there’s a flock of pigeons nearby, there’s a good chance a peregrine falcon is watching them.