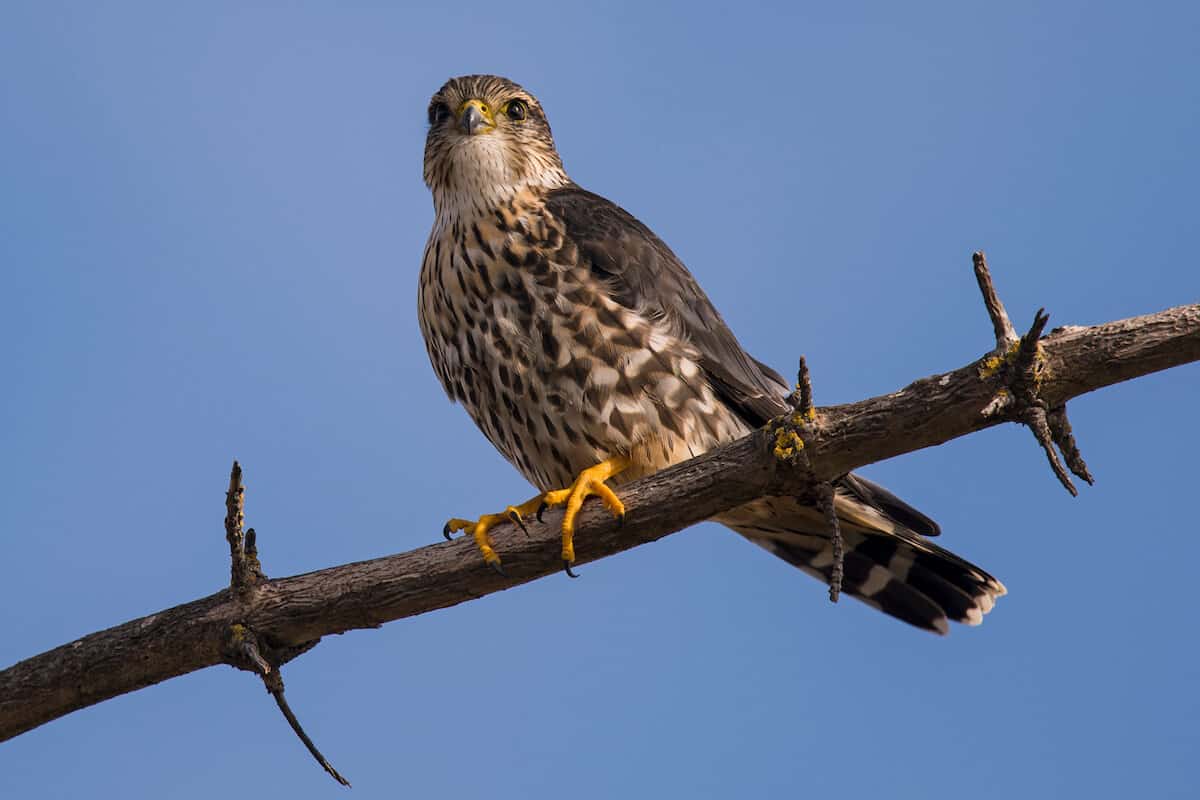 Falcons are birds of prey, but separate from eagles, kites, and hawks. Unlike these other raptors, falcons kill their prey with their beaks rather than their talons. They are also usually faster, and have longer and more slender wings compared to hawks. There are 7 species of falcons that regularly visit the United States, but in this article we will look at the 3 species of falcons in South Carolina.

The 3 species of falcons found in South Carolina are the American Kestrel, Merlin and Peregrine Falcon.

The American Kestrel can be found throughout South Carolina year-round. 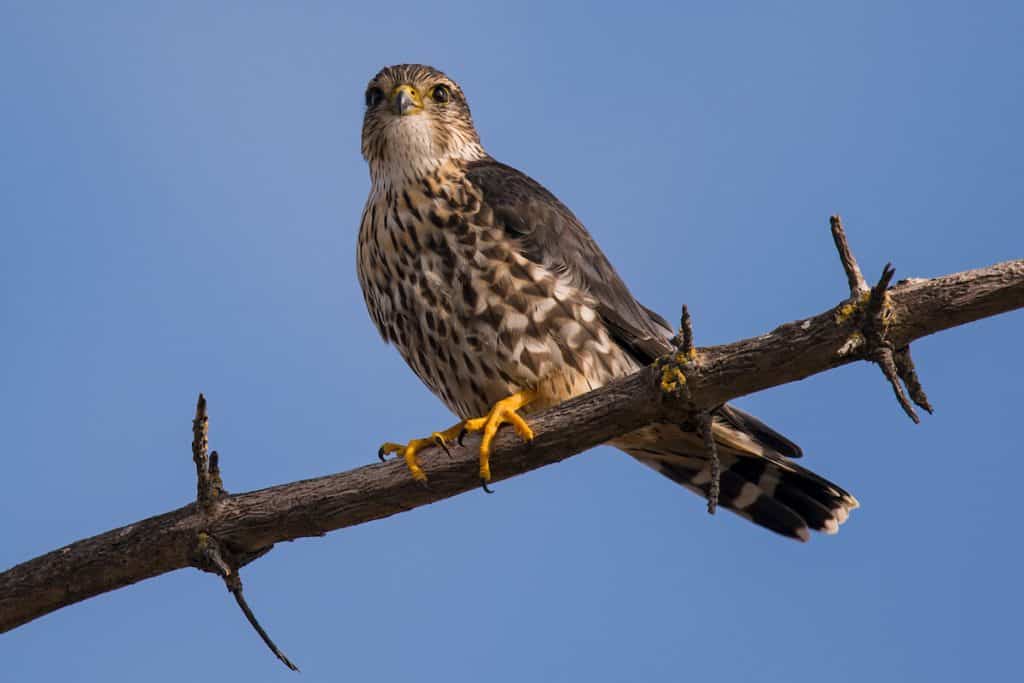 Merlins are another small falcon found in South Carolina. You’ll have a chance to see them twice a year during the spring and fall migration, as they move between their winter grounds further south and their breeding grounds in Canada. Although in the far southern tip of the state, they may stick around for the winter.

Peregrine Falcons are mainly seen in South Carolina during spring and fall migration. Most Peregrines in the U.S. migrate far north to arctic regions of Canada and even Greenland each year to breed. Their name, “peregrine” means wanderer / pilgrim. This hints at their widespread nature, being found on early every continent world wide.

Along the coast they may also stick around for the winter months.