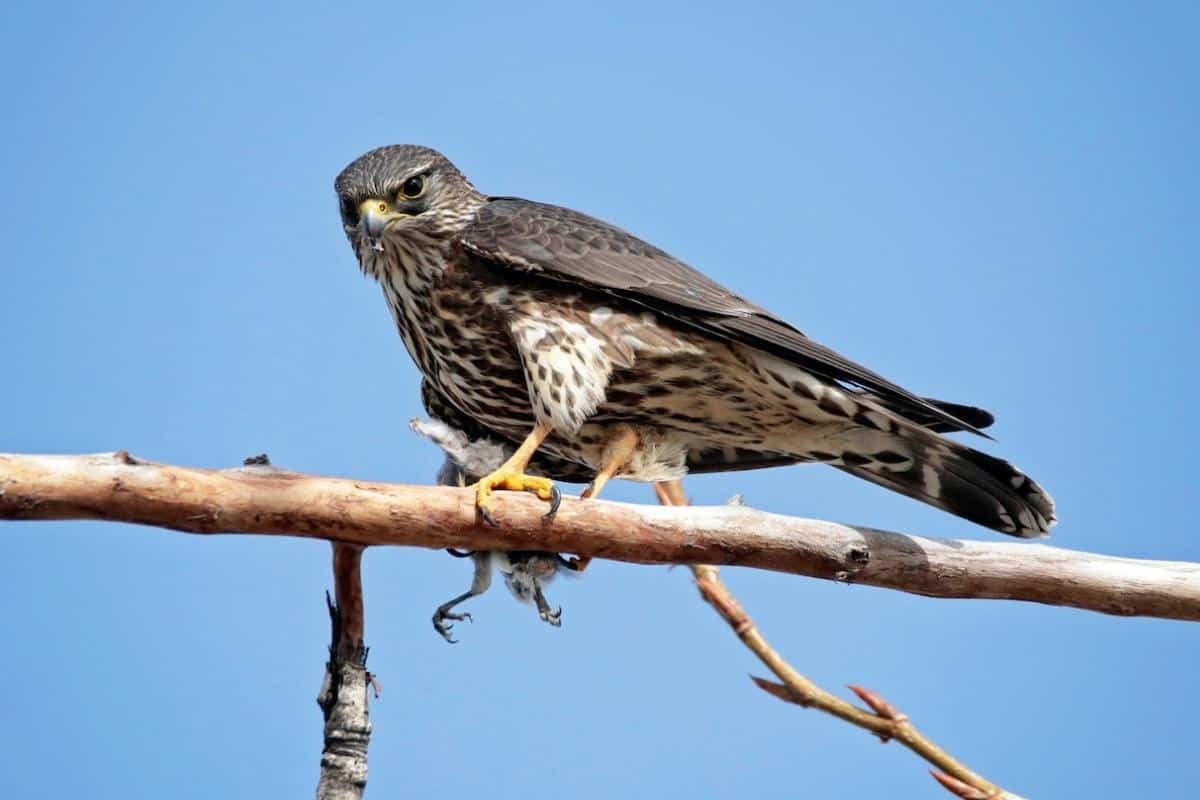 Falcons, part of the family Falconidae, are birds of prey but different from eagles, kites, and hawks in several ways. Though they are all in the order Falconiformes. Unlike these other raptors, falcons kill their prey with their beaks rather than their talons.  There are 7 species of falcons that regularly visit the United States, but in this article we will look at the 4 species of falcons in Arkansas.

The 4 species of falcons found in Arkansas are the American Kestrel, Merlin, Peregrine Falcon, and Prairie Falcon.

The American Kestrel can be found throughout Arkansas year-round.

Merlins are only travelers through Arkansas. Each year they travel from their winter grounds in the far southern states, Mexico and even further south, up through Arkansas and most the U.S. to get to their breeding grounds in Canada and Alaska. So in Arkansas you can catch them during the spring and fall as they migrate.

Peregrine Falcons are another falcon that you’ll only see during migration in Arkansas. Most Peregrines in the U.S. migrate far north to arctic regions of Canada and even Greenland each year to breed. Their name, “peregrine” means wanderer / pilgrim. This hints at their widespread nature, being found on early every continent world wide.

Prairie Falcons prefer wide open spaces like grasslands and fields where they soar high overhead looking for their next meal which is usually small mammals or other birds. They are found throughout much of the the western half of the U.S. year-round, and some may move slightly east to the middle of the country for the winter months.

Technically Arkansas is not within their official range. However, many do winter in neighboring Oklahoma. So they do sometimes cross into Arkansas during the non-breeding season.