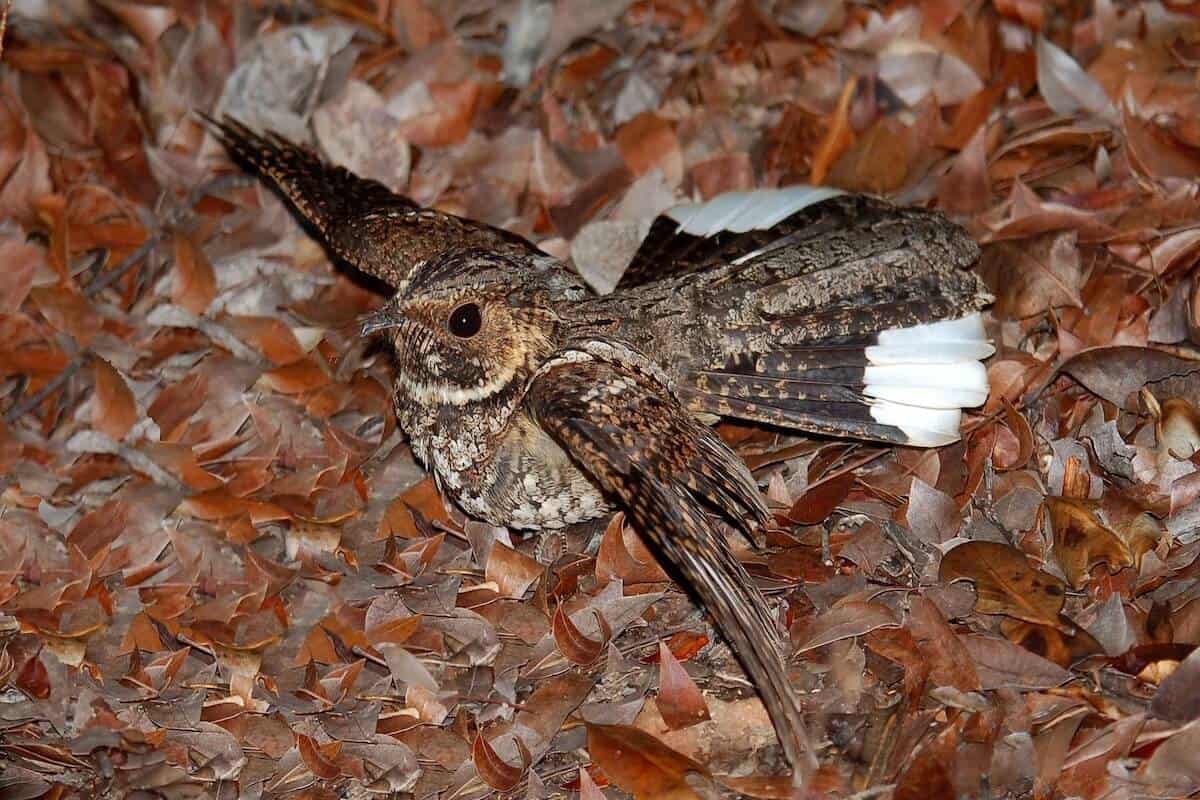 Puerto Rico is a veritable garden of Eden for plant and animal life. While over 100 bird species can be found there, only a handful are actually native to Puerto Rico. In this article we look at the beautiful and unique birds in Puerto Rico.

While some species get re-classified and are debated over, not counting two species of hawk there are about 18 bird species endemic to Puerto Rico. Endemic means that the species is only found in that region and no other place in the world.

The Puerto Rican vireo lives in the woodlands of Puerto Rico, including shade coffee plantations and mangrove swamps. It sings constantly and it has earned the name “bien-te-veo” (see you well) from the locals because of its call.

They eat insects, which they browse for near the forest floor. Some even eat lizards!

Look for this tiny green hummingbird anywhere across the island of Puerto Rico. Males have an entirely green body, while females have off-white under parts.  Males have a black tail while females’ tail feathers are white at the tip, and they also have a white spot behind their eye.

You’re most likely to catch a glimpse of it in the mountainous north of the island, or in the south along the coast. They are commonly found around red flowers, especially ones shaped like long tubes. They also supplement their nectar intake with small flies and spiders.

Subtle and sweet, this gray and white bird is a native bird of the island of Puerto Rico. Like most flycatchers its diet is mostly insects, but also some seeds and fruit.

If you visit the island, the Puerto Rican Flycatcher could be the first bird you see. They are very common throughout woodland habitats and partially-open landscapes. Look for them in Cabo Rojo National Wildlife Refuge.

In Spanish, this bird is known as the “reina mora,” which means Blackberry Queen! Blackberries (and other fruits) make up a significant portion of the Puerto Rican spindalis’ diet, and they are often found in berry thickets.

What peaceful island evening is complete without the characteristic ‘whip-whip-whip’ call of the Puerto Rican nightjar? Like other nightjars, this bird is most active in the evening and overnight hours. Sometimes the call of one will cause others to call, making a chorus.

This insectivorous nightjar lives on the ground of scrub forest in the dry southwestern regions of the island. Instead of having brightly colored plumage like other Puerto Rican birds, the nightjar is brown and gray. This dark plumage provides camouflage in the shadows of the forest floor.

The Puerto Rican parrot is also known by the name Iguaca, the native Puerto Rican name. They are nearly all bright green, with a pink beak, pink legs, blue along their outer wing and a red patch between their eyes. This parrot makes its home in El Yunque National Rainforest, a tropical rainforest replete with waterfalls and hiking trails near the western coast.

This rare parrot is one of the most critically endangered birds in the world! From a low of just 13 parrots in 1973, they have increased to over 450 today. Scientists have worked hard over the last five decades to recover these beautiful birds.

The Puerto Rican woodpecker is the only member of the woodpecker family native to Puerto Rico. It is widely distributed across the island and adapts well to human infrastructure, from houses to telephone poles.

This slow-moving cuckoo gets its name from its favorite meal, tree lizards! Along with lizarads they also eat insects, caterpillars and large spiders. The Puerto Rican lizard-cuckoo makes its home in dense forest thickets and coffee plantations around the entire island.

They are a tawny brown all over with a red ring around the eye, ruddy brown on the belly and an extra long tail. From above the tail appears brown with a black band at the bottom and a white tip. But from below, the tail stands out even more with thick black and white spots.

Nicknamed “little Saint Peter” on the island, the Puerto Rican tody is a small insect-eater that lives in misty, high-altitude rainforests and dense thickets. Their brilliant green coloring, combined with the bright red throat and orange beak, is a stunning mix. Males have gray eyes and females have white eyes.

To catch insects, these todies will perch on a branch and look up to survey the underside of the leaves above them. When they spot an insect they will fly up and grab it off the leaf in one swoop.

These community nesters love to feed on fruits and insects. They congregate together in large flocks of different bird species, but they can be easily recognized by their dark head and back contrasting with their light underside.

You’ll only spot a Puerto Rican tanager if you venture up into the mountain rainforests in the east and west of the island. El Yunque National Forest supports a stable population of the birds.

The Yellow-shouldered blackbird is an insect-eating blackbird that lives in the dry coastal forests of southern Puerto Rico. Most of these forests were cleared in the early 1900s to make way for expansive plantations of sugarcane.

Today, the species survives in small fragments of habitat on the main island of Puerto Rico and two neighboring islands: Mona and Monito. Both males and females look the same, but males are slightly bigger. They have completely black bodies except for bright yellow feathers on the “shoulder” of their wing. These are usually much more visible when the wings are extended.

This tiny warbler is ethereal and delicate. It has a white eye ring that distinguishes it from similarly colored the Black-and-white warbler, a migratory visitor during the winter and spring months.

Look for the Elfin-woods warbler in the preserved cloud forests of central Puerto Rico. These pristine regions support the plant life that it needs to nip insects off of wide leaves.

Look for Adelaide’s warbler throughout the whole island of Puerto Rico. It prefers to live in dry forests like the Yellow-shouldered blackbird, but it can survive in wetter climates. They are known for eating caterpillars but eat other insects also. Like other warblers they always appear on-the-go, constantly darting around while foraging for food.

This bird hunts for insects in the intermediate levels of the rainforests around Puerto Rico. They like to hang out with other birds in flocks, and aren’t terribly shy of humans.

Identify the fruit-eating Puerto Rican bullfinch by looking for a black and orange bird that’s a little smaller than a robin. The rusty orange patches under their tail, above their eyes, and on their throat are easy to spot.

They live in forests throughout the whole island. During the nesting season, from March to June, they build woven spherical nests out of sticks and soft grasses. Their eggs are a deep shade of green.

These lovely orioles can be found in forests throughout the island, and also occur in gardens and other wooded areas. They eat both fruits and insects, and can use their strong bill muscles to pull open the bromeliads and other heavy, curled leaves looking for food.

These orioles are all black, with bright yellow on their shoulders, lower belly and rump. They may appear quite similar to the Yellow-shouldered Blackbird, but you can tell them apart by the yellow above and below their tail.

Another endemic hummingbird to Puerto Rico is the Green Mango. As their name suggests, both males and females are almost entirely green. They have a patch of metallic blue-green on their underparts and tail.

You can find the Green Mango in forests, plantations and mountains of central and western Puerto Rico, but not usually right along the coast.

This mid-sized screech-owl comes in two color morphs, brown and rufous (reddish-brown). They have reddish eyes, darker coloring on the head and a white, streaked belly. These owls inhabit forests as well as wooded urban areas. They are much easier to hear than see, with their screech-like trill. These smaller owls eat insects like crickets, mantis and beetles, as well as small vertebrates such as lizards and small birds.

This handsome little Pewee is endemic to not only Puerto Rico, but also Guadeloupe, Dominica, Martinique and St. Lucia. Sometimes the birds in Puerto Rico are considered a subspecies and referred to as the Puerto Rican Pewee. They are olive brown with a small crest on their head and their belly color can vary from reddish-brown to pale.

A true insect specialist, it is believed that almost 99% of their diet is insects, with only some plant material. Their favorites are flies, bees, wasps and ants.