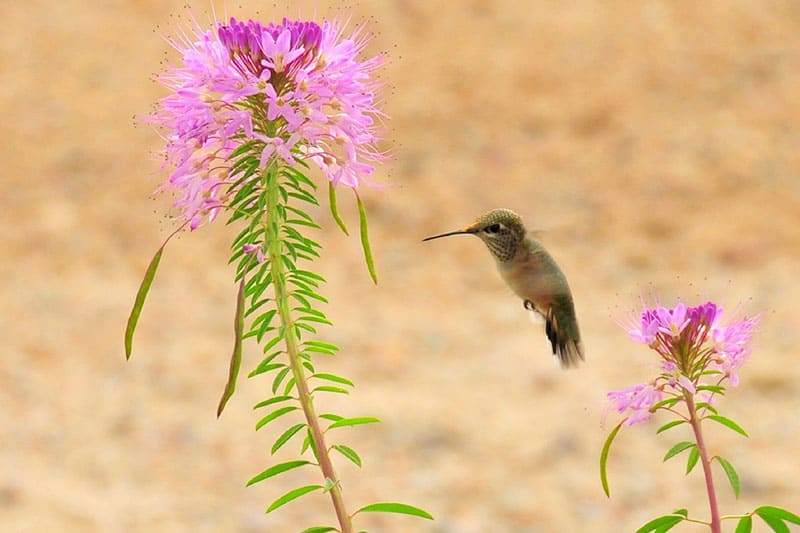 Based on the range maps of authoritative sources like allaboutbirds.org and ebird.org, we’ve put together a list of hummingbirds that can be seen in the state of Illinois. For each species in this list you’ll find the species name, pictures of what it looks like, specifications about appearance, and where and when you may be able to spot them. We will list the 2 more common species first, and the 3 rare ones last.

Ruby-throated hummingbirds are seen throughout Illinois during the spring and summer months. They will arrive in April and May and leave in September.

Sightings of the rufous hummingbird have been made throughout Illinois. They are much less common than the ruby-throat, but there is usually at least one sighting in the state each year.

Anna’s very uncommon on the east coast, but they do stray from time to time. I could only find one recorded sighting, when a vagrant strayed into Peoria in 2010 and many people got photos. However, the occasional sighting also happens in surrounding states so while very rare, it’s not impossible for an Anna’s to wander into Illinois.

Broad-billed hummingbirds live in Mexico, and the only two states in the U.S. where the they are known to breed are Arizona and New Mexico. Males are hard to mistake with their purplish-blue throat and blueish-green belly. They also have an orange beak with a black tip. Females are a washed out green above and grayish below with the typical black beak.

Occasional sightings have been made east of the Mississippi, and at least two in Illinois. The broad-billed is considered very rare in this part of the U.S.

The larger Mexican violetear is only common in Mexico and Central America, however they have been spotted in several states in the U.S., especially in the eastern half of the state of Texas. They are larger hummingbirds with an emerald green body, dark wings, and a patch of iridescent purple across their cheek.

Sightings of the mexican violetear have been made in many states in the eastern half of the U.S., but usually only once or twice as they are quite rare beyond Texas. However in 2021 one stopped by a backyard feeder for a couple days in Mundelein, much to the excitement of backyard bird watchers in the neighborhood!