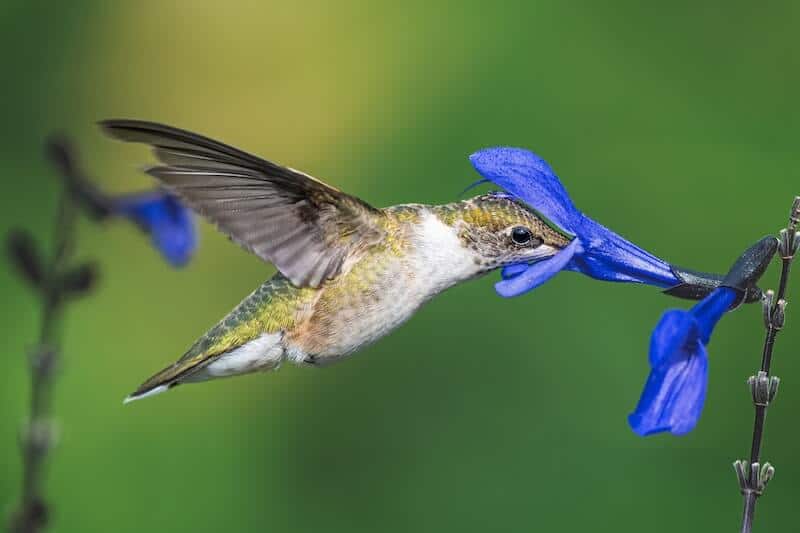 There have been reports of nearly 30 different species of hummingbirds seen in the United States. Some of these are common and can be found every year, while some are rare or accidental visitors. When it comes to hummingbirds in Kentucky, we have found 3 species recorded to have visited the state.

Based on the range maps of authoritative sources like allaboutbirds.org and ebird.org, we’ve put together a list of hummingbirds that can be seen in the state of Kentucky. For each species in this list you’ll find the species name, pictures of what it looks like, specifications about appearance, and where and when you may be able to spot them. We will list them in order of most common to least common.

Ruby-throated hummingbirds are seen throughout Kentucky during the spring and summer months. They arrive back in the state during April and May and will stay through late summer, usually heading back down to their wintering grounds in late September or early October.

Recorded sightings in Kentucky are scattered throughout the state, and while I wouldn’t necessarily call them common, they are seen at least a few times each year. It can be any time of year but seems to be most common in late fall and winter.

While they are a bird of the west coast, they have been spotted in most states along the east coast at least once, including Kentucky where there have been a few sightings over the years. They would still be considered very rare for the state, but you may get lucky. Sightings tend to be November through February.