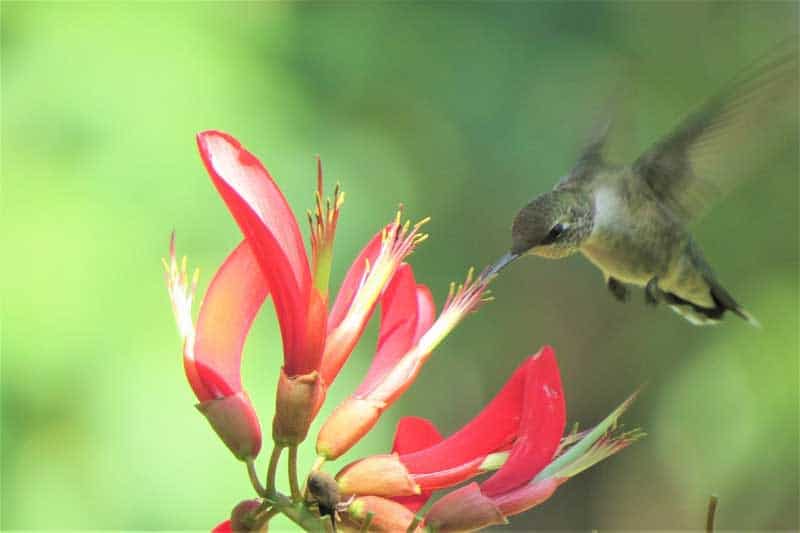 Based on the range maps of authoritative sources like allaboutbirds.org and ebird.org, we’ve put together a list of hummingbirds that can be seen in the state of New York. For each species in this list you’ll find the species name, pictures of what it looks like, specifications about appearance, and where and when you may be able to spot them. We will list the 2 common species first, and the less common one last.

Ruby-throated hummingbirds are seen throughout New York during the spring and summer months. They will arrive between late April and mid-May, and leave in September.

Calliope Hummingbirds are considered quite rare on the east coast, however they have been spotted in New York a few times. EBird has four recorded sightings, all around the same area at the far south of the state in Westchester, Fort Tryon Park, Battery Park and Suffolk. All of these sightings happened during November or December, so look for wayward calliopes at the end of the year.