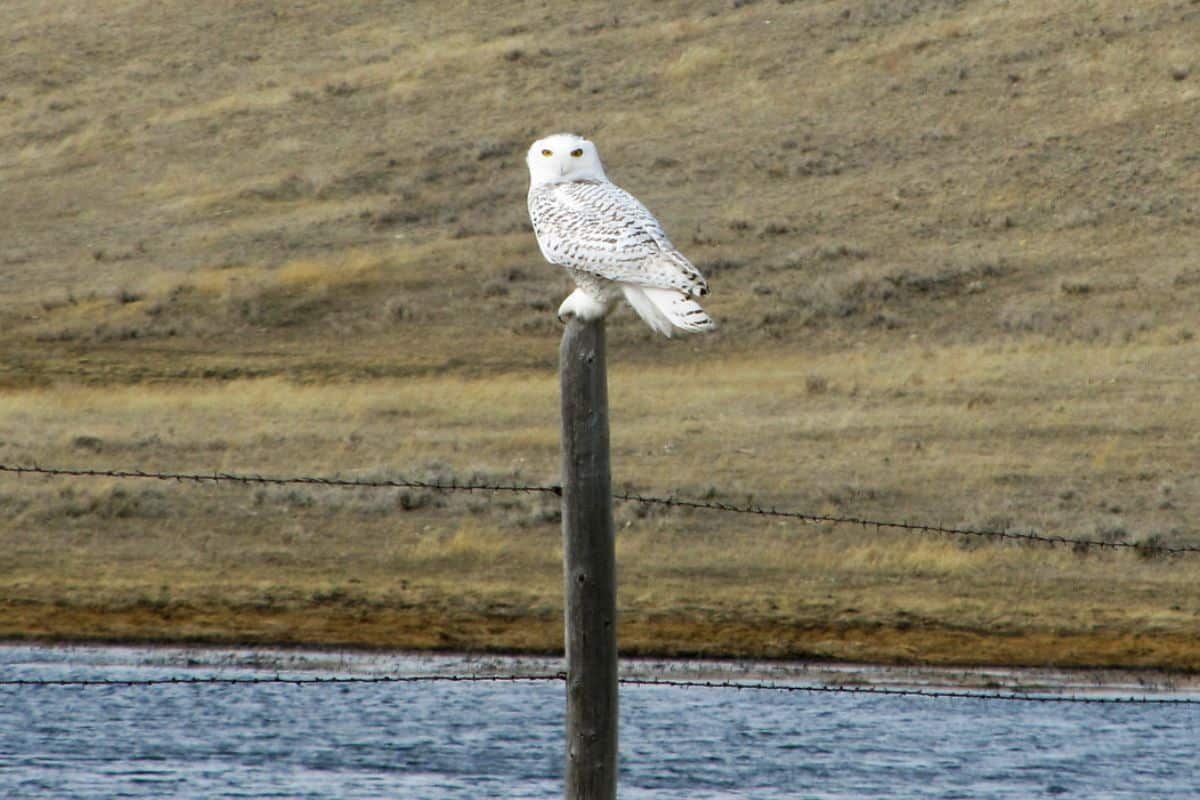 Owls have always grabbed our attention, but the snowy owl will make you look twice. The snowy owl is large and can be rare to see in the states. It is the only owl that is almost entirely white, and unlike most owls that hunt only at night, this owl hunts during the day. This owl is truly unique among the owl species, and we have gathered 31 interesting facts about the Snowy Owl!

1. Snowy owls have also been informally called the polar owl, the white owl, and the Arctic owl.

5. Snowy owls are not born white. They are born barred with brown and as they mature become whiter.

6. The coloring of the snowy owl is said to be a purer white than other predators. Such as foxes or polar bears. The snowy owl does become whiter as they mature, female snowy owls will retain some of their dark spots giving them more of a salt and pepper look, whereas males are paler. 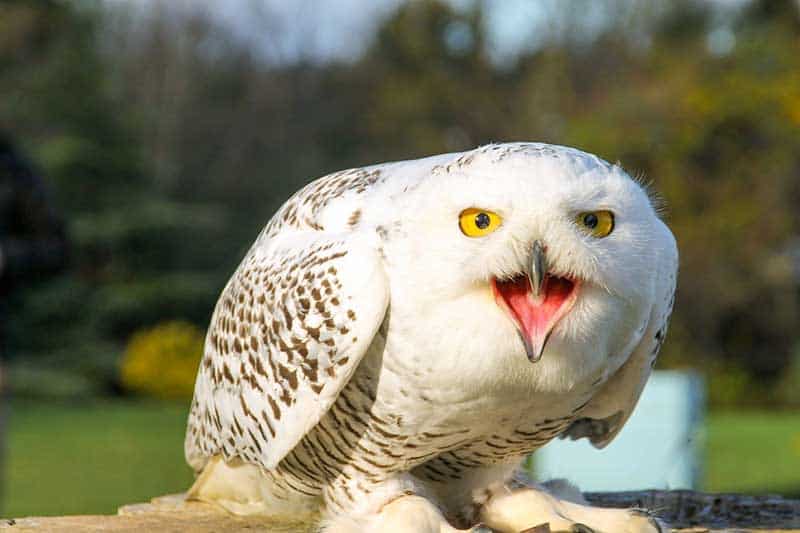 8. They live mainly in the Arctic but can be found in the non-breeding season in parts of Canada and North America.

9. Snowy owl population is estimated at 200,000 and decreasing, just recently they were looked at as a vulnerable species.

10. Snowy owls can be aggressive and territorial, and very dangerous when protecting their young. They are known to have one of the most formidable nest defense displays towards humans.

11. Snowy owls eat mostly small mammals consisting of voles and lemmings. They may eat more than 1,600 lemmings in a single year.

12. The Snowy owl has been known to plunge into the snow to get its prey. 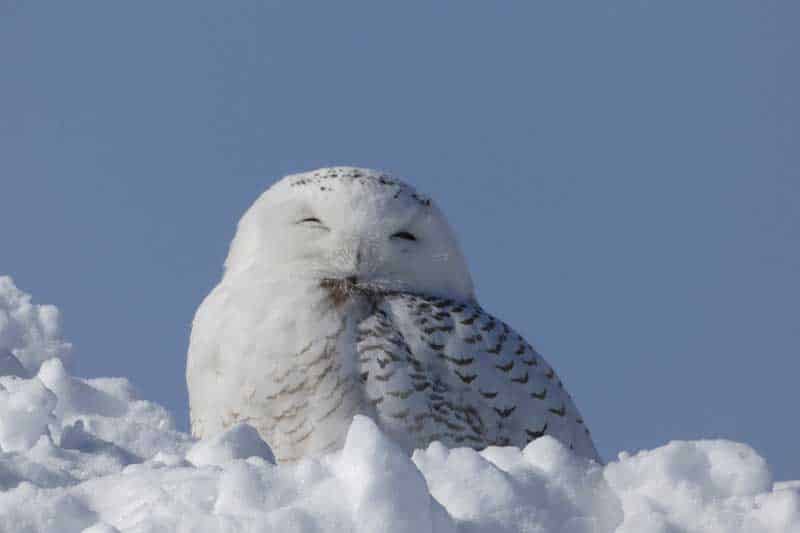 13. Snowy owls have been known to eat ducks and falcons.

14. People dissect owls pellets. Owl pellets are regurgitation of the things owls can not digest, like fur and bones. Prey that is Larger and pulled apart into small pieces will not typically produce a pellet.

15. It is illegal to own a snowy owl in North America.

16. Snowy owls, unlike most owls, are diurnal. They will hunt at all hours during the day. An adaptation possibly from living in the Arctic where it can be continuously daylight.

17. Unlike most owls, they do not seem to have the same mate for more than one season at a time. Not enough is known about their mating habits. 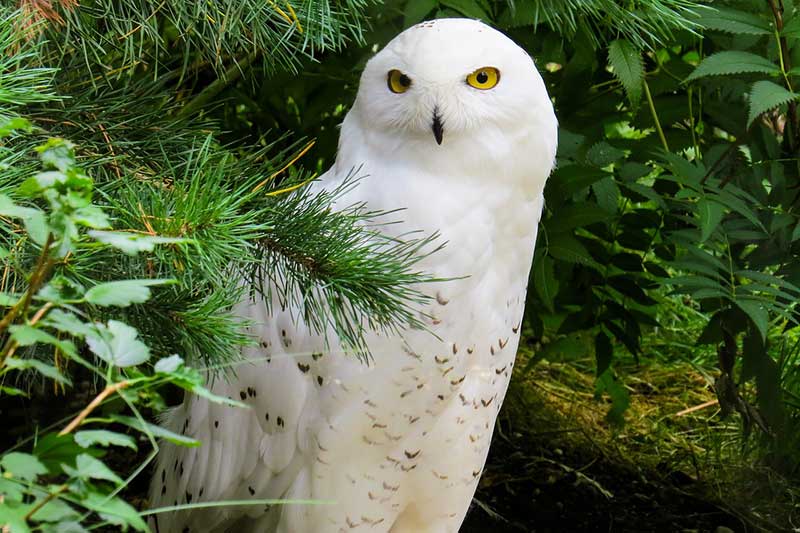 19. Snowy Owls get most of the water they need from eating their prey.

20. Some believe the white owl symbolizes wisdom and endurance.

21. The Snowy owl is North American’s largest owl by weight due to their thick feathers for insulation. They are approx one pound heavier than a Great Horned Owl and twice that of a Great Gray Owl.

22. The Snowy Owl can be found represented in Paleolithic cave paintings in France.

23. Some North American Snowy Owls remain on their breeding grounds year-round, while others migrate in the winter. Some, returning to the same site year after year. 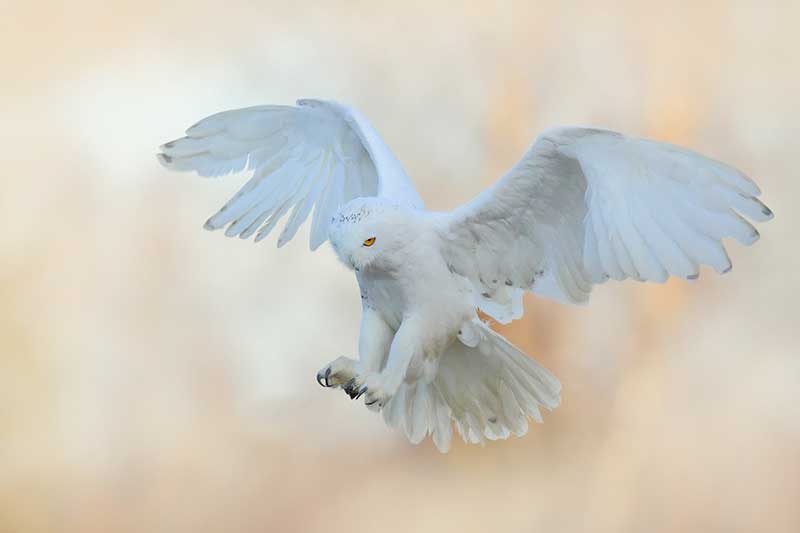 24. Snowy Owl young may disperse remarkably far from their birthplace.

25. John James Audubon once saw a Snowy Owl waiting for fish next to and ice- hole, catching them with its feet.

26. The oldest known snowy owl was a female that was almost 24 years old.

27. Global warming is thought to be at the forefront of the fragility of the snowy owl’s existence.

28. Snowy owls have white thickly covered toe feathers, while the claws are black. Their toe feathers are the longest known of any owl. 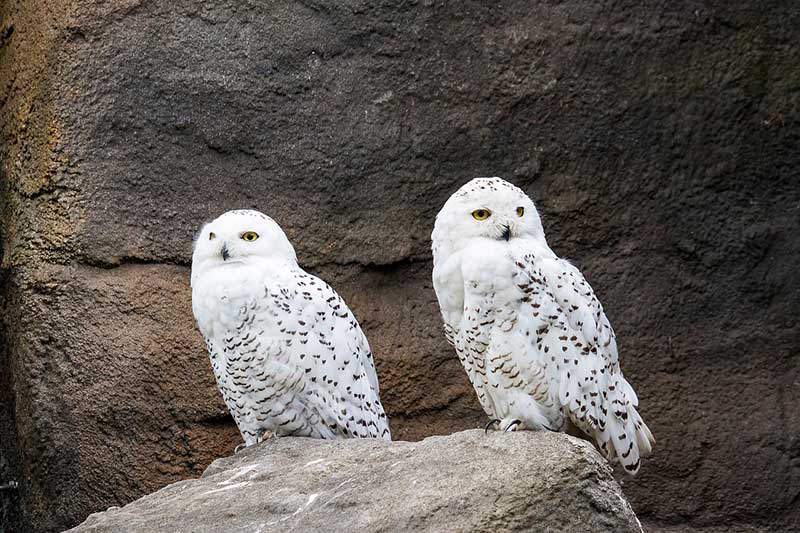 29. Snowy owls have a hoarser sounding hoot than other species.

30. Almost all causes of snowy owl deaths, whether intentional or not, were because of human interference.

31. Snowy owls can be wary of people, having been hunted by Eskimos.