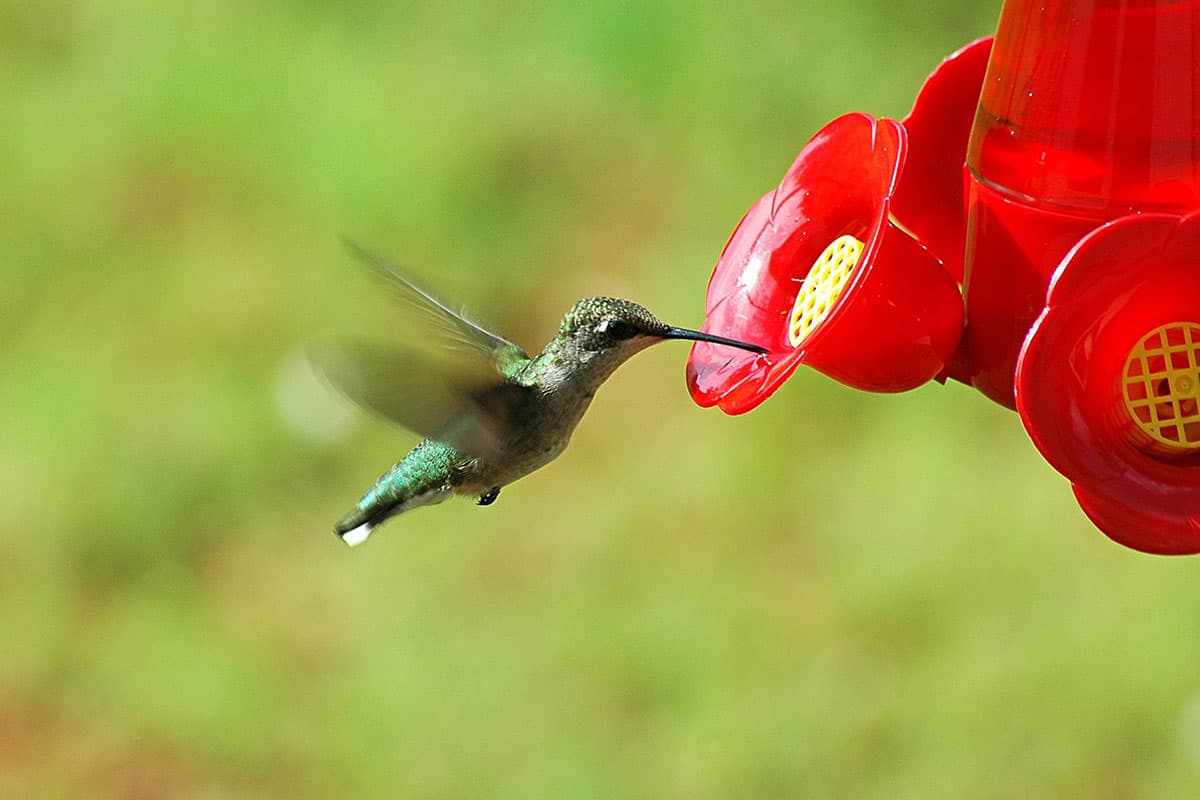 Based on the range maps of authoritative sources like allaboutbirds.org, neotropical.birds.cornell.edu, and other sources, I’ve put together a list of hummingbirds that can be seen in the state of Texas. For each of the first 8 species in this list you’ll find the species name, pictures of what it looks like, specifications about its appearance and size, a short description, and some fun facts.

For the remaining 9 vagrant species, I’ve put together as much info as I can find for each one. So first I’ll list all 8 species of hummingbirds that either have a range in Texas, or pass through the state during migration. After that is a list of the species that have been occasionally sighted in Texas. 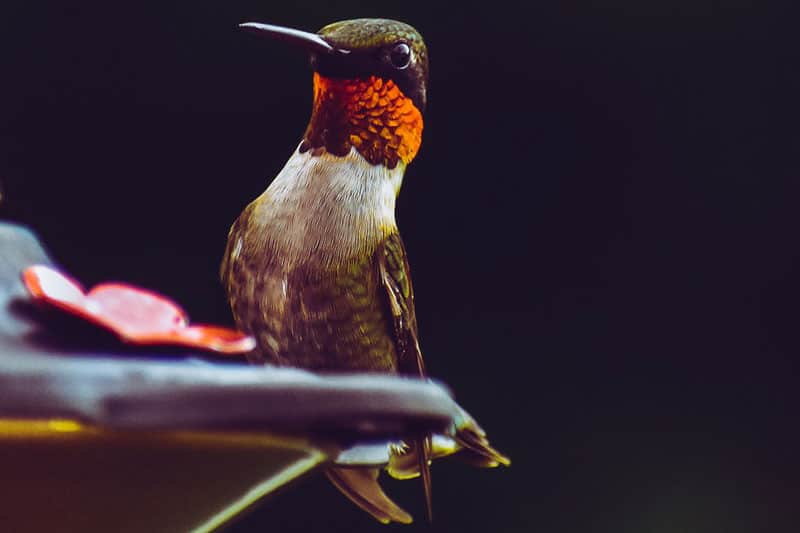 Broad-tailed Hummingbirds are common in western Texas with a breeding range in areas like El Paso and Big Bend National Park. They have a migration only range just east of there in cities like Midland and Amarillo, but further east than that they are mostly uncommon. They are common in their range between May and August, but only spend a few months in the U.S. each year. During this time they are regularly seen whizzing around nectar feeders and snatching bugs out of the air. 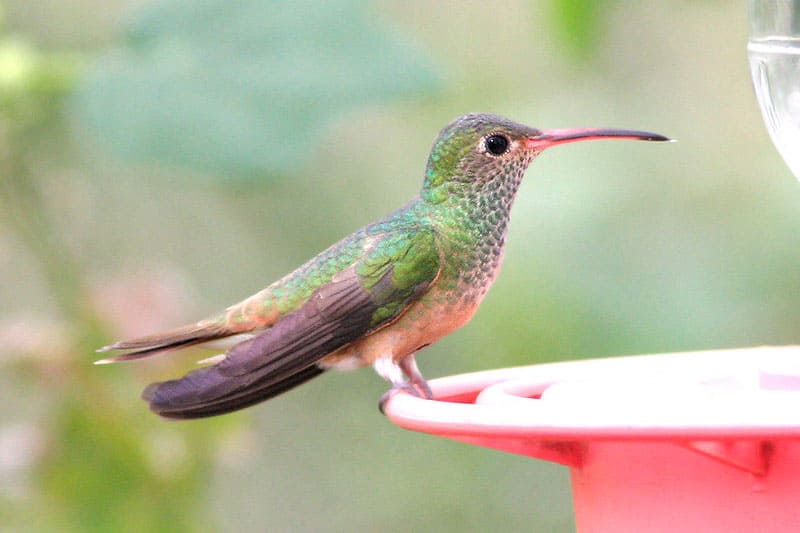 These hummingbirds are only found in southern and southeastern Texas in cities like Corpus Christi and Houston. Buff-bellied Hummingbirds go as far east as Louisiana making Texas and Louisiana the only two states you can find them in the U.S. They stay along the Gulf coast and don’t venture very far inland. Buff-bellied Hummingbirds are less common than other species in Texas because of their limited distribution overall. 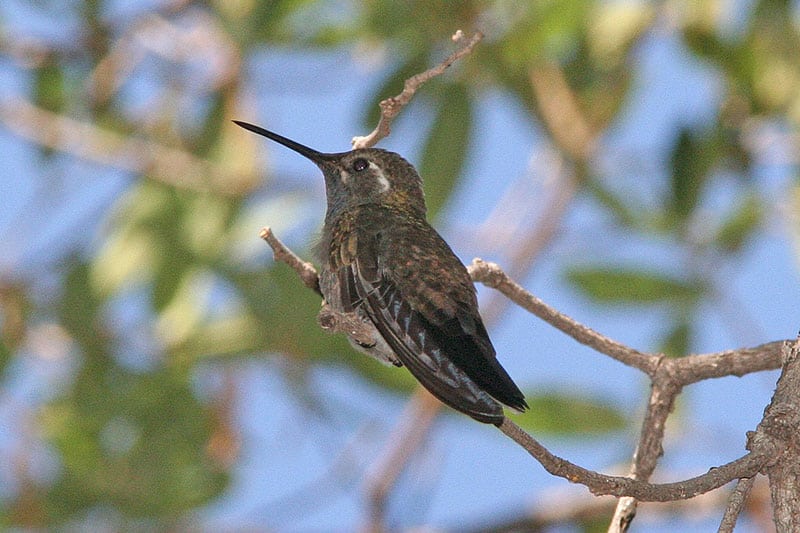 Blue-throated Hummingbirds, aka Blue-throated Mountain Gems, have a very limited range in the United States. The only 3 states they can be found in are Texas, New Mexico, and Arizona. Arizona by far has the largest distribution in the southeast corner of the state with Texas and New Mexico having only a couple of small spots where they can be occasionally seen. In Texas, your best chance to see a Blue-throated Mountain Gem is going to be in and around Big Bend National Park. 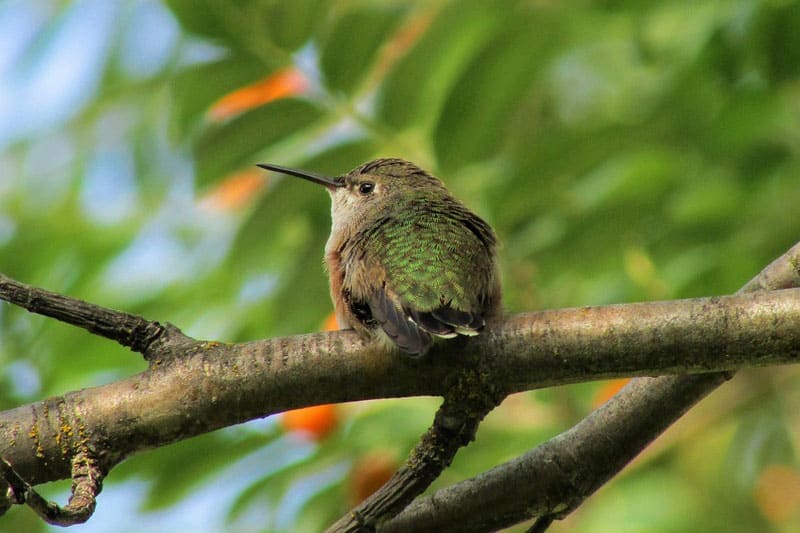 Black-chinned Hummingbirds are common in all of central and western Texas. Only in the eastern parts and northern tip of the state do they not have a range in Texas. They migrate north from Mexico and Central America each year and breed in  the eastern United States from Texas to Idaho and every state west of that line. Just like other species, the best way to attract these hummingbirds in Texas is to put out nectar feeders and colorful, nectar rich native flowers.

Calliope Hummingbirds only pass through western parts of Texas like Big Bend National Park and El Paso during migration. They migrate mostly to the Pacific Northwest and parts of western Canada to breed each year. Calliope’s are very small, even for hummingbirds, and are among the smallest hummers in North America. They migrate to their breeding grounds each year in the spring and will pass back through Texas by late September or early October.

Rufous Hummingbirds also just pass through Texas during migrations, and only in the western half of the state. If you live west of Dallas/Ft. Worth then you might just be lucky enough to have some visit your feeders. However they’ll generally only make a pit stop for a week or two at most and then move on so be on the look out for them. Rufous Hummingbirds are known for being very “feisty” when it comes to sharing feeders and may even chase off other hummers. 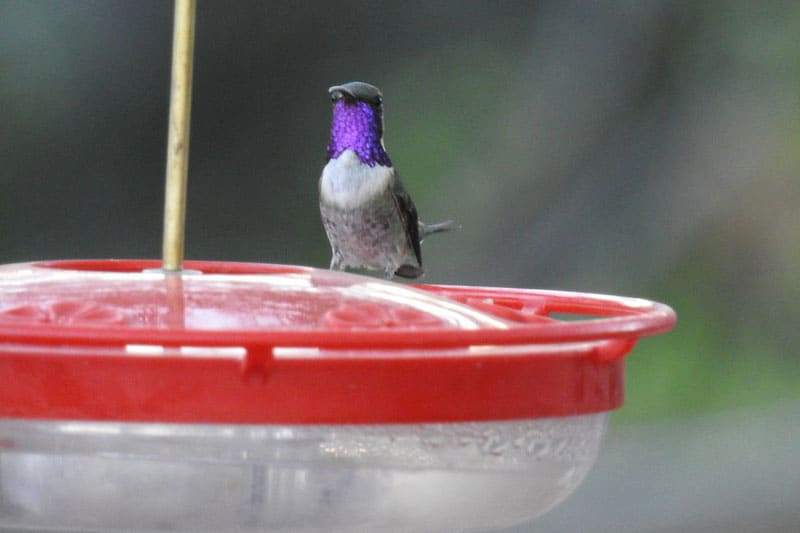 Lucifer Hummingbirds have a breeding population in the Big Bend National Park area in Texas. They are also found in extreme southern New Mexico and Arizona near the border and that’s it for the entire United States. Lucifer Hummingbirds can be found in these areas starting in early March through as late as early November each year. They can be identified by a downward curved bill, long forked tails, and the males have a purple throat.

These hummingbirds do not have a range in Texas but there have been sightings over the years.

Slightly larger than Ruby-throated Hummingbirds, there are occasional sightings of Anna’s hummingbirds in western and northwestern Texas.

More sightings have been reported in recent years in western Texas for this species, particularly around the Davis Mountains. 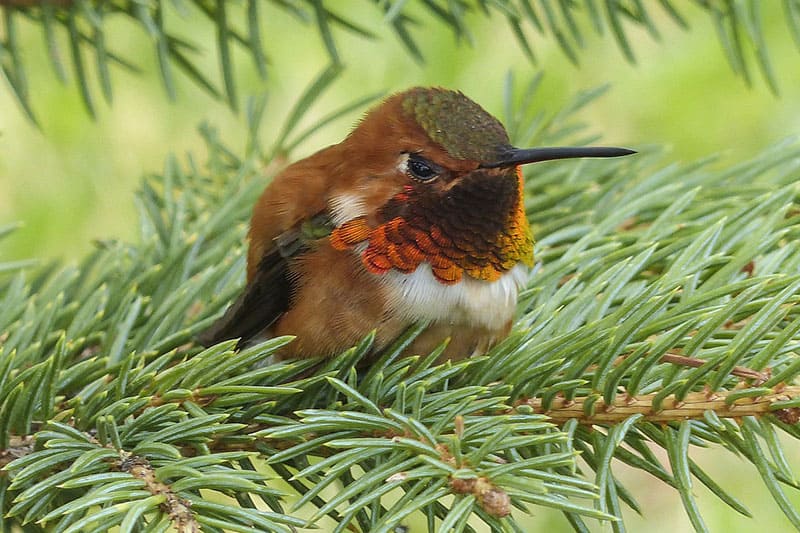 These tiny guys fly all the way from Central America to breed along the Pacific Coast in California each year. A few vagrants have found their way into Texas over the year but it’s very rare.

There have been various sightings of White-eared Hummingbirds in Texas near the Davis Mountains, but they are very rare to the state in general.

They have been recorded many times in southern Texas, but are considered rare and non-breeding visitors to the state.

From what I can find, there have been less than 2 dozen accepted recordings of Violet-crowned Hummingbirds in Texas. They do have a small breeding range in southern New Mexico and Arizona near the border.

The first documented sighting of a Berylline Hummingbird in Texas was in 1997. Since then there have a been a handful of sightings.

This Central American native hummingbird has been spotted as far north as Texas about 20 times over the years.

When do hummingbirds arrive in Texas?

It may vary slightly each year and by species, but most hummingbirds will start arriving in Texas each year in mid March and all through April. So have your feeders ready and be sure to check out our article about how to attract hummingbirds to your yard!

When to put out hummingbird feeders in each U.S. state.