Want to learn some cool Peregrine Falcon facts? Awesome, you came to the right place!

Peregrine Falcons are a medium sized bird of prey found on all continents except for Antartica. In North America they can be found from the southern tip of Florida to the northernmost parts of Alaska. Although for the majority of the United States they are just passing through during migrations.

I have always been personally fascinated by Peregrines. Since I was little I’ve always remembered reading that they were “the fastest animal on Earth”.  Ok, no more facts about Peregrine Falcons before we get to the list of Peregrine Falcon facts.. 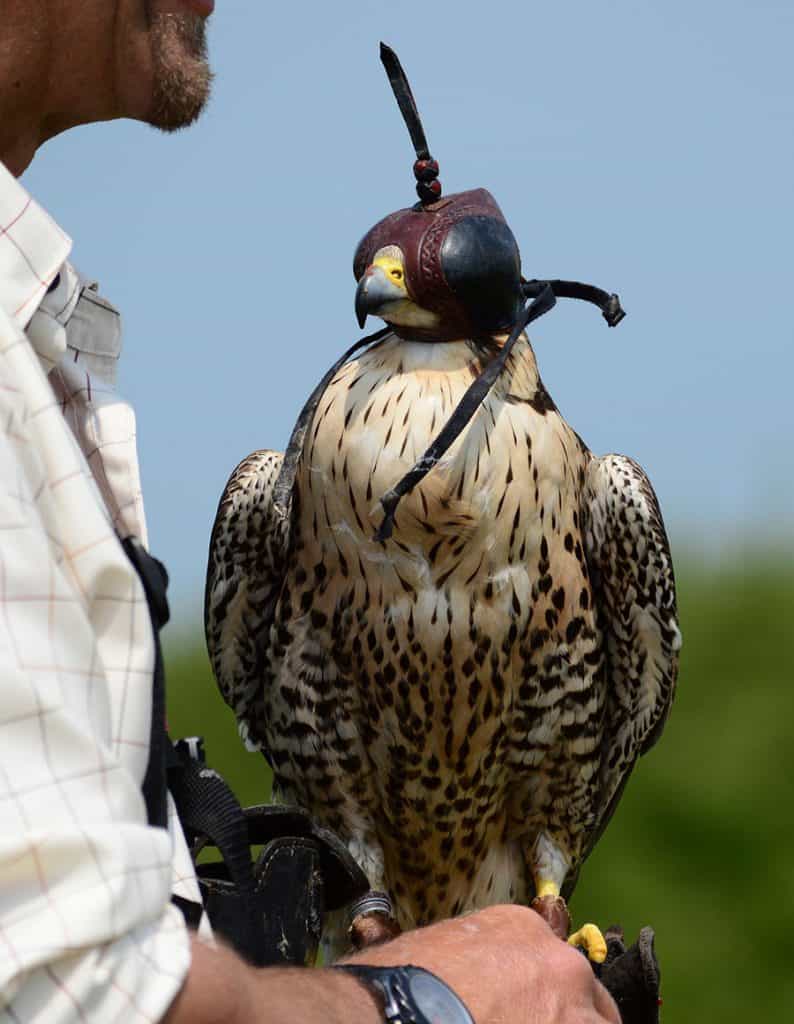 1. The Peregrine Falcon is the most well known bird in falconry, which involves training birds of prey to use for hunting.

2. Peregrines are not only the fastest bird, but the fastest animals on the planet reaching speeds of well over 200 mph when diving for prey. Some sources claim up to 240 mph.

3. Peregrine Falcons are one of the most widespread birds in the world and can be found on all continents except Antartica. Another widespread raptor is the Barn Owl.

5. After World War 2, the increased use of the pesticide DDT brought the Peregrine population to the brink of extinction in North America. Through conservation efforts across the country from organizations such as The Peregrine Fund, they have bounced back and are no longer endangered. Peregrines currently have a stable population status of “Least Concern”.

6. Migrating Peregrines may fly over 15 thousand mile per year to their nesting grounds and back.

7. While they may occasionally eat rodents and reptiles, Peregrines feed almost exclusively on other birds. Their incredible speed comes in handy when they dive from above to prey on other birds.

8. The Peregrine Falcon can be found not only in the lower 48 U.S. states, but also in Hawaii and Alaska.

9. Their scientific name is Falco peregrinus anatum, which translates to “Duck Peregrine Falcon” which is why they are commonly referred to as the Duck hawk.

10. Peregrine Falcons can be found in many National Parks in the United States including the Great Smoky Mountains, Yellowstone, Acadia, Rocky Mountain, Zion, Grand Teton, Crater Lake, and Shenandoah to name a few.

11. Peregrines mate for life and typically return to the same nesting spot each year.

12. Peregrine Falcon males are called “tiercels” and chicks are called “eyases”. Only the female is called the falcon.

13. There are an estimated 23,000 Peregrine Falcons currently living in the United States.