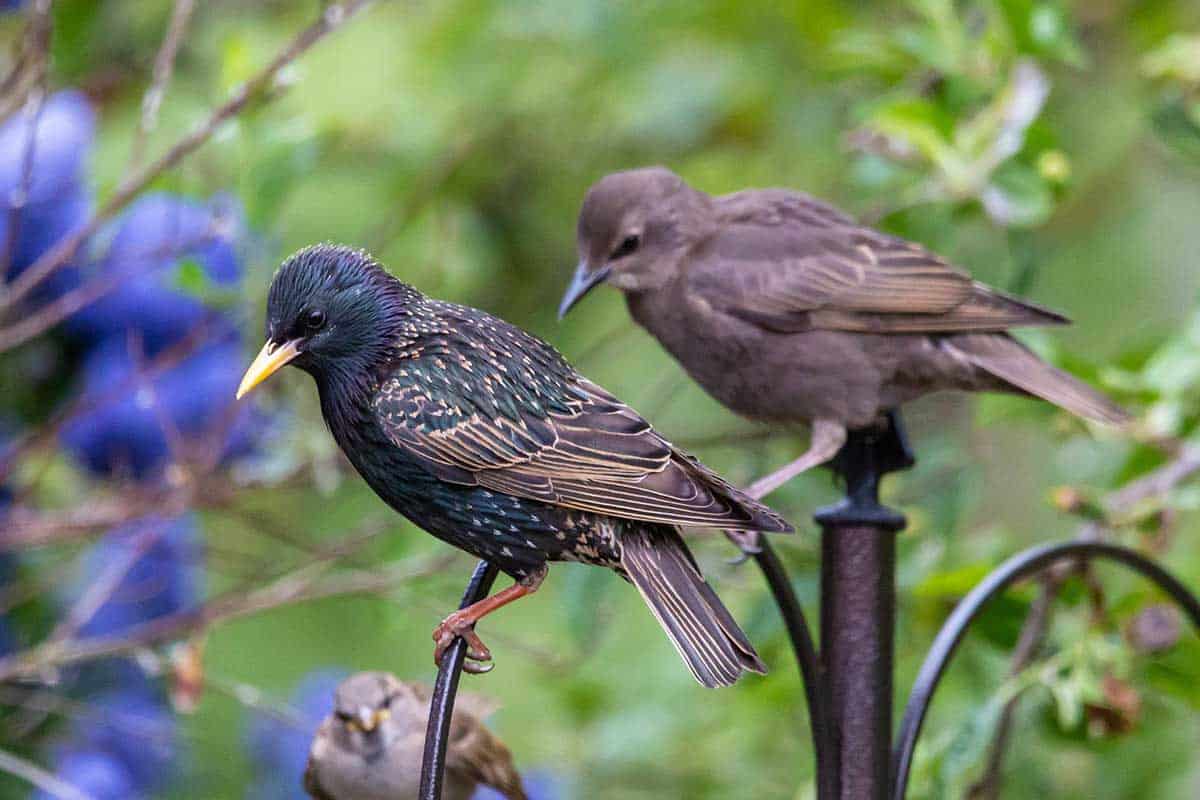 If you live in the United States, you’ve probably seen or heard a European starling. Many Americans consider this bird to be obnoxious, loud, and a threat to other birds. But, what are the reasons why the European starling is a problem?

European starlings are a species of birds not native to North America. This continent’s environment is not adapted to their habits or food needs. There aren’t enough predators to keep them in check, either.

This means that European starlings can easily take over large areas of habitat from native birds, pester farmers, and cause a huge racket from their massive flocks.

Keep reading to learn about the reasons why the European starling is a problem.

8 Reasons Why the European Starling is a Problem

The European starling is a major problem species in North America because of its noisy vocalizations, intense competition with native species, and ability to spread disease. These birds are long lived – around 15 years in the wild – and difficult to eradicate once they have settled into an area. They strain ecosystems and push away other birds.

1. European starlings can adapt to almost any environment

Most people wouldn’t consider adaptability a drawback. But, for European starlings, their adaptability is one reason they have adjusted to life on the North American continent so well. The European starling is a generalist which adapts well to urban, suburban, and rural areas. They are omnivores, meaning they eat both plant and animal foods. They are prolific breeders. The millions of European starlings in the United States today originated from just 15 breeding pairs in 1890.

2. They invade new areas and displace other birds

Most birds are nowhere near as adaptable as European starlings, that’s why they’re known as bully birds. When these new birds enter an area, they chase off existing species, including songbirds, endangered species, and even predators. The European starling can transform a natural environment from one teeming with many species to one overrun by a single species.

Over time, the natural environment suffers from the lack of the specific native birds that fill important roles in the community. People also have difficulty attracting songbirds to their yard because starlings overrun feeders. 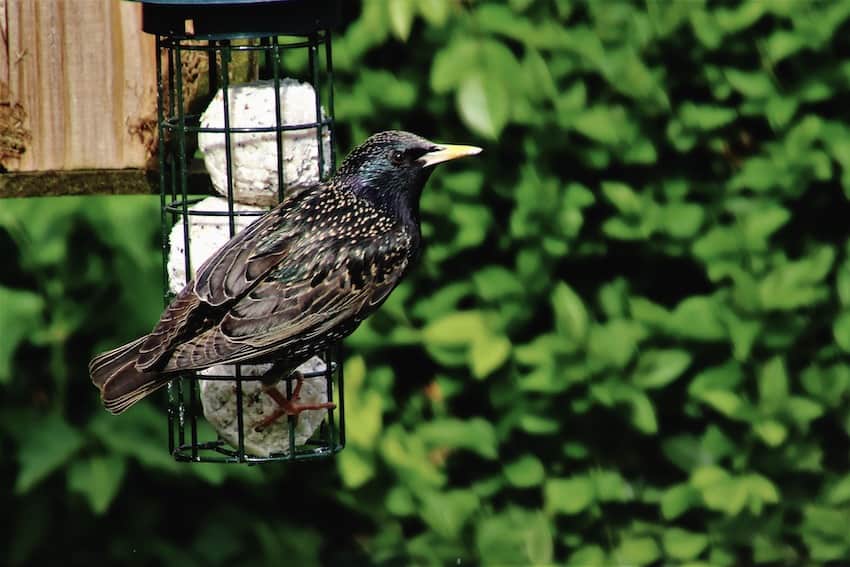 3. European starlings are obnoxious and loud

Flocks of these birds are almost never found alone. Their ability to coexist with humans leads to large flocks of them roosting overnight in residential areas, parking lots, or apartment roofs.

The noise of their many vocalizations, including chirps, whistles, and metallic clicking, can be very aggravating, especially when it occurs year-round.

Back in Europe, European starlings eat insect pests that threaten agriculture. However, in North America, the birds don’t have such discerning palates.

Along with eating the insects that pose threats to agricultural crops, starlings eat the crops themselves. They roost in fruit trees, where they eat the fruit. They eat vegetables, berries, and grapes directly off the vine.

In urban and residential areas, starlings invade trash cans and picnic areas. They forage for food and create messes for sanitation crews.

5. They carry diseases transmissible to people and animals

European starlings also pose a disease risk to humans and livestock. The birds are known to carry a variety of diseases, ranging from beef measles to salmonella. In fact, over 25 diseases are associated with these invasive birds.

Starlings spread disease by discarding half-eaten food sources or defecating where it is touched or ingested by another animal. Recent research shows that starlings’ presence in livestock farms can actually make fungal, bacterial, and viral infections worse!

6. Starlings may contaminate water and feed at livestock and poultry farms

In agricultural settings, European starlings are just as annoying as in residential and urban areas. Instead of eating pesky bugs that could annoy livestock, the starlings choose to eat their feed. In the wintertime, starlings’ main source of food is often livestock feed.

Farmers with a starling problem may see the birds bathing in water buckets or eating and defecating on feed. This increases disease risk for livestock and costs farmers thousands of dollars each season in feed costs.

Every animal has to do its business. The problem with European starlings is that they are not at all discreet about it. Since the birds congregate in huge flocks, the quantity of droppings they leave behind can pose real problems, especially in cities.

Their feces is highly likely to contain disease-causing bacteria or viruses. It is also highly acidic, meaning that it can corrode infrastructure like concrete, stone, or buildings. That even extends to statues!

A problem as mundane as high levels of bird droppings may seem trivial, but when millions of European starlings roost in a single neighborhood for more than a few days, it can put real strain on sanitation workers and inhabitants of the area.

European starlings are opportunists; they take whatever is available, even if it isn’t theirs. This applies to their nest-building practices along with their roosting habits.

A mother starling is extremely competitive, and she outcompetes many well-loved birds, like Eastern Bluebirds and Purple Martins, for nest sites. Overtime, starling competition leads to decreases in other birds’ numbers.

European starlings roost anywhere they can find. This proves especially problematic when starlings choose to roost in the wooded areas that surround many airports. When planes take off, starlings may be sucked into jet engines.

If the plane is small enough, it may cause a crash. Starlings’ unfortunate habit of nesting and roosting in risky areas contributes to their problematic nature.