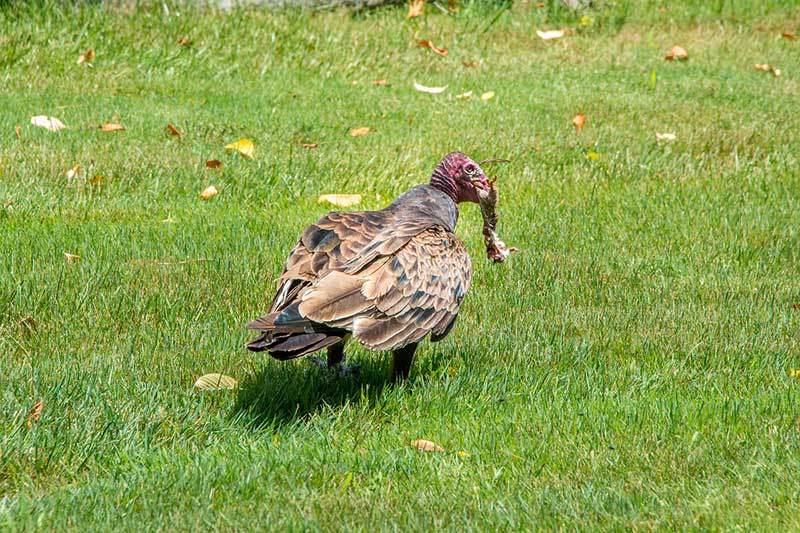 There are 3 species of vultures found in the United States, 2 of those are found in the state of Texas. A New World Vulture is any bird belonging to the Family Cathartidae. Vultures are part of the Order Accipitriformes so they are considered raptors, but they are scavengers that eat dead animals. So they aren’t like hawks, owls, falcons, and eagles.

The famous California condor is part of this family, though they are critically endangered and are not found in Texas.  The 2 species of vultures that are found in Texas are the black vulture and the turkey vulture. They look similar but you can easily tell them apart if you know what to look for. In this article we’ll look at pictures of both species of vultures and learn a little bit about them so that they’re easier to tell apart.

The 2 vultures in Texas

After the bald eagle and the golden eagle, these two species are among the largest raptors in the United States. Both have massive wingspans and are about the size of a Canada goose or larger.

The turkey vulture is a year-round resident in parts of southern and western Texas near the cities of Dallas and Houston. For the rest of the state, this species is a breeding season migrant only. The turkey vulture is very widespread in the Americas, it can be found from the tip of South America all the way into southern Canada.

The turkey vulture is completely unable to kill for food and relies totally on carrion. Their feet are closer to those of a chicken’s feet and would be useless for attacking prey.

It’s believed that turkey vultures have evolved to have the most acute sense of smell of any other bird on the planet.

Black vultures are known for being very social birds that will care for their chicks and feed them for months after they’ve fledged. These species is found as far north as Ohio and even New England states, though they are more common in southern states. In Texas, black vultures are present in southern parts of the state near large cities like Houston and Dallas.

Black vultures are intelligent and know that the larger turkey vulture can find food, so they often are seen together. This doesn’t mean they are friends though, a group of black vultures may overtake a carcass from a smaller group of turkey vultures.

Black vultures are typically known as being the more aggressive type of vulture out of the two and have even been known to take live prey occasionally.