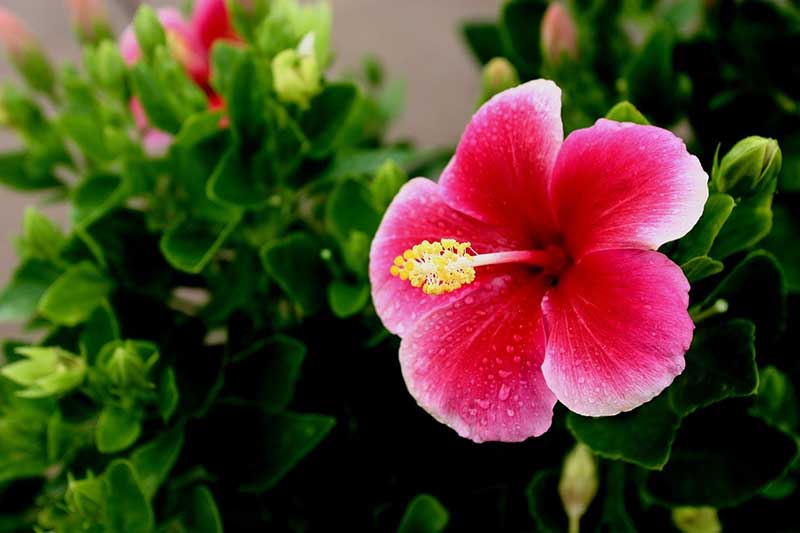 For a famous paradise complete with world-class beaches, tropical island vibes, and one-of-a-kind landscapes, you’d be surprised at what’s missing in Hawaii. It might come as a surprise that there are no hummingbirds found on the Hawaiian Islands. With their vibrant colors and love for flower nectar, one would think hummingbirds would be right at home in Hawaii. If you’re asking yourself, “why aren’t there hummingbirds in Hawaii?” — you’ve come to the right place. In this article we’re going to take a closer look at why Hawaii has no hummingbirds.

Why Aren’t There Hummingbirds in Hawaii?

There are two main reasons why there aren’t any hummingbirds in Hawaii. The first reason is because Hawaii is an isolated archipelago, so any species that lives here had to either fly across the ocean, or be introduced by humans. The second reason is because they are actually prohibited in Hawaii — for a reason you may not expect.

Hawaii is an Isolated Archipelago

The formation of the Hawaiian Islands never would have happened if it hadn’t been for volcanoes. The 8 islands are actually the tops of volcanic mountains. They formed over the course of millions of years — as hot molten magma was hardened by ocean water.

Since the Hawaiian Archipelago was formed in isolation, it did not initially have creatures calling it home. However, some species were able to make it here by flight. The first birds to inhabit the islands traveled approximately 8 million years ago according to this article by the BBC, and likely came from east Asia. However, not all animals were able to make it all the way to the islands.

Hummingbirds are just one species out of many that never made contact with Hawaii. Perhaps their tiny wings couldn’t get them past the rough winds on the vast ocean. Woodpeckers aren’t found on the islands, either, and there’s only one native species of Owl.

Isolation does have its perks for islanders, though, for there are no snakes or dangerous predators found here either. In fact, there wouldn’t be any mosquitoes here if humans hadn’t accidentally introduced them.

Hummingbirds are Banned in Hawaii

Just because they aren’t native to Hawaii, doesn’t mean that hummingbirds wouldn’t be able to thrive here — though unfortunately for them, they’re banned.

Hawaii has made mistakes with introducing non-native animal species in the past. They introduced Barn Owls in order to reduce rodent populations, as well as Mongooses, too. Too bad neither animal quite did the trick. Introducing new animals to a contained island can wreak havoc on local ecosystems, and for this reason snakes, hamsters, and hummingbirds are prohibited.

However, the reason why hummingbirds aren’t allowed in Hawaii is very different than other animals. It’s actually because they inadvertently pollinate when they feed on nectar, much like how butterflies and bees do. It may seem confusing as to why this is a bad thing, but it all comes down to pineapples.

Sellers don’t want their pineapple crops to be pollinated because then the fruit would develop seeds, making it unappealing at market. Pineapples aren’t native to Hawaii and come from South America, where their main pollinator is hummingbirds. So, in order to preserve the pineapple business in Hawaii, hummingbirds aren’t welcome. But in their place, Hawaii has its own unique, nectar-loving fliers.

Other pollinating species in Hawaii

Though there aren’t any quick darting hummingbirds flitting from flower to flower on the Hawaiian Islands, there are a few unique creatures that call this special place their home.

Hummingbird Moths are the next best thing to traditional hummingbirds. They possess the same flight capabilities as hummingbirds — fast beating wings that allow them to hover and precisely maneuver their position to feed on nectar. They even produce a faint hum as they hover, just like their bird counterparts.

Hummingbird Moths are diurnal and even act more like birds than nocturnal moths, preferring to forage for flowers and plants during the day. Instead of a bill they use a long, curled proboscis that allows them to sip nectar from inside deep, tubular flowers. Like hummingbirds, butterflies and bees, Hummingbird Moths are also pollinators.

Their bodies are oval shaped and mostly a grayish brown. The undersides of their wings are also a dingy brown, but the backs of their wings feature rufous patches with a black edge. Their bird-like appearance may also help them remain safe from predators — mainly birds that are looking to snack on insects as suggested by researcher Elena Tartaglia.

Like how the Galapagos islands had different varieties of finches, shaped from years of evolution, Hawaii too has its share of endemic species. The nectar-loving bird that shares similarities to traditional hummingbirds are the Hawaiian Honeycreepers. However, though many Honeycreepers are vibrant and like to sip on nectar like hummingbirds, they’re actually closely related to cardueline finches, such as goldfinches and canaries.

There are numerous species of Hawaiian Honeycreepers, in a wide array of colors and beak shape. Their beak shapes range from dramatically curved beaks that easily reach inside certain flowers, to short beaks good for crunching on seeds. There are also combinations of these forms that fit different niches within the ecosystem. Some popular species around the islands include the IIwi, Mamo, and Amakihi.

How to make hummingbird nectar

Check out this article for even more information about making your own hummingbird nectar.