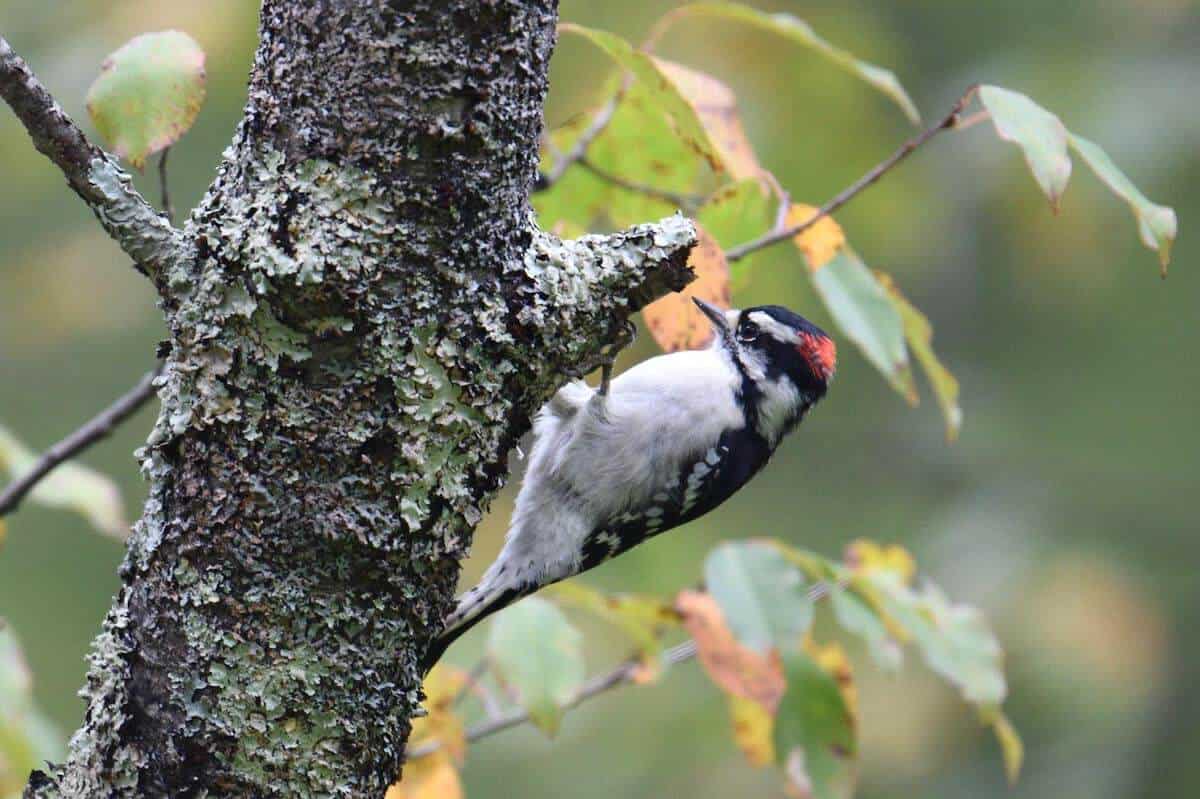 Woodpeckers are a fun group of birds to watch. Their unique adaptation to be able to drill into trees at high speed without injuring themselves is quite unique! In this article we’ll take a look at 8 species of woodpeckers in Utah, and give a little information about where and when you might be able to spot them. At the end of the article we’ll also share a few tips on how to attract woodpeckers to your yard.

8 Species of Woodpeckers in Utah

There are at least 17 species of woodpeckers that can be seen in North America. With 8 species that make their home here at least for part of the year, Utah is a great place to find woodpeckers! For some of the more rare species, the best places to see them are the national forests that stretch in a vertical line through the center of the state.

Aside from a few other states in the west, Utah is actually one of the few states that the American three-toed woodpecker can be found. They remain in the state year-round. Look for them in the national forests that run through the center of the state, but most are found in the northeastern corner. Some good spots for sightings are Big Cottonwood Canyon and the Uinta-Wasatch-Cache National Forest.

They prefer damaged, old growth forests with lots of dead or even burned trees where they can extract insect larvae and mine for bugs easily.

You can find these tiny woodpeckers everywhere throughout Utah all year. They are very common throughout almost all of the U.S. and are the smallest species of woodpeckers in North America. The downy is only about the size of a sparrow, and can be identified by the white spots on their backs, and pure white chest and belly. Males have a red patch at the back of their head.

These two woodpeckers are very similar in all ways from habitat to diet. They can be found throughout Utah all year. The hairy woodpecker tends to be a little more shy of humans, and while they will visit backyard suet feeders, they aren’t as commonly seen as the downy.

Look for ladder-backed woodpeckers in the pinyon-juniper woodlands found in the far southwestern corner of the state. Try Red Cliffs and Beaver Dam Wash National Conservation Area. They aren’t commonly seen at suet feeders, as they eat mostly insects in the wild. You can try to attract them with mealworms, peanut butter, and black oil sunflower seeds.

Lewis’s woodpeckers may be seen throughout Utah during spring and fall migration. They stick around for the summer breeding season, or sometimes year round, along the border in the northeast, southeast and southwest.

Lewis’s tend to stay in pine forests and forests that have been burned, but their populations are often unpredictable.

Males have a red “mustache” that females do not. In Utah you get the “red-shafted” variety, and they have bright red feathers on the underside of their wings and tail.

Northern Flickers can be found throughout Utah all year, and will sometimes visit backyard suet feeders. If you have some leaf piles in the yard, you may see them digging around for bugs.

Look for them in Utah early in the breeding season (mid-May), and early in the morning when they are most active. They remain in Utah for the summer, then head south out of the state in the fall. Although there may be a population in the southwest corner that remains all year.

Williamson’s sapsuckers are only found in a handful of midwestern states, Utah being one of them. They are mainly found in the heavily forested parts of the state. These sapsuckers only visit Utah during the breeding season, then head further south for the winter.