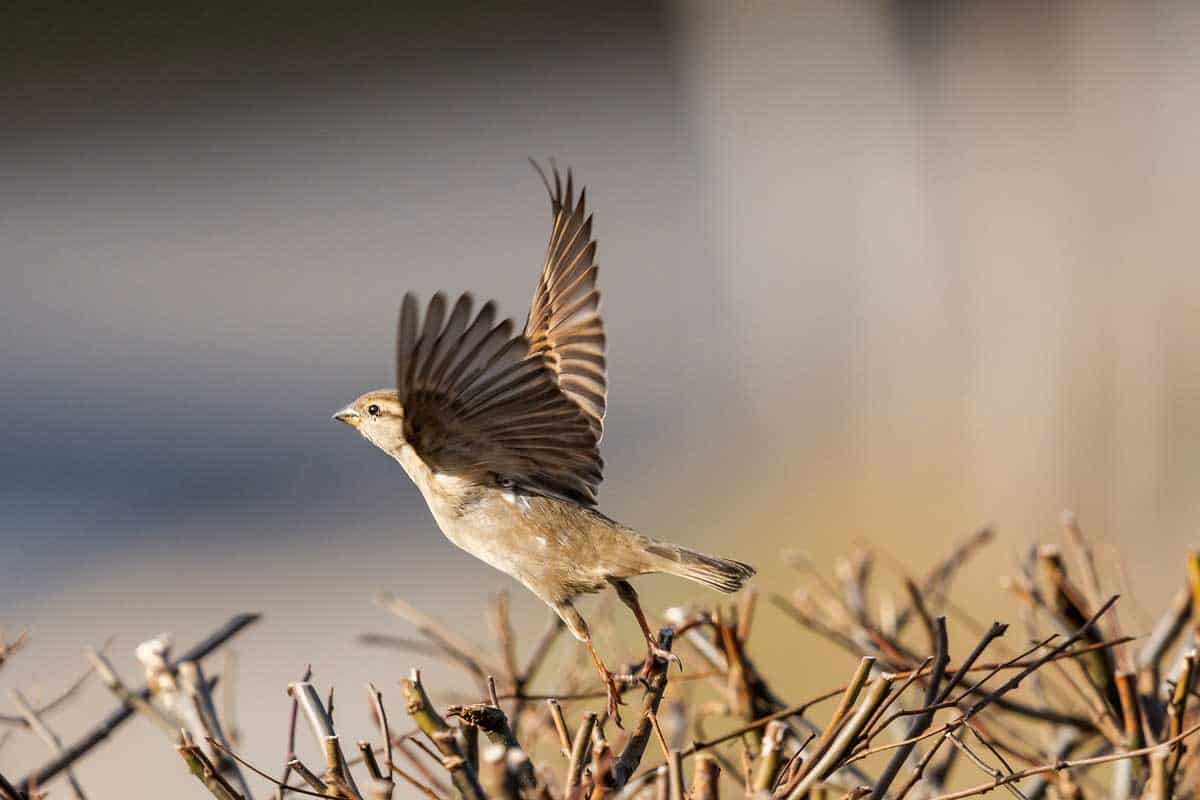 Various bird species are strong long-distance migrators, sometimes flying non-stop for several days, weeks, or longer. Frigatebirds, swifts, and albatrosses are some notable birds when it comes to endurance flying. However, their abilities raise multiple questions on how they accomplish such a feat. It’s natural to wonder how they rest and if they can do so mid-air.

Can birds sleep while flying?

Yes, some birds actually can sleep while flying. While it was always something people assumed, scientists finally found evidence of birds sleeping during flight.

A study on frigatebirds found that they mostly sleep with one side of their brain while flying, leaving the other side awake. They also sleep very little compared to when they are on land. During a flight, they sleep around 45 minutes per day in short 10-second bursts. On land, they sleep for 12 hours a day in 1-minute intervals.

Although the half-brain sleep was most common, sometimes the frigatebirds also slept with both brain-halves asleep and both eyes closed. Interestingly enough, scientists also found that the frigatebirds only sleep when they are gaining altitude. These birds will gain altitude by circling thermal updrafts before gliding and slowly losing altitude. They do not sleep while gliding down.

Many birds use this type of sleep during migration in order to rest part of their brain, while keeping half awake and one eye open to visually navigate. This allows them to avoid stopping frequently and they can get to their final destination in less time.

How long can a bird fly before resting?

A bird known for endurance during non-stop flights is the Alpine swift. They can fly up to 6 months without stopping! One recorded bird logged over 200 days in the air while hunting flying insects in the skies over West Africa. These birds sleep, eat, and even mate during flight.

On average, though, most species will fly around 6 hours at 15 mph or 5 hours at 20 mph before needing to rest. Some birds have little endurance and can only fly short distances. These include “game birds” such as pheasants, quail, and grouse.

Do birds get tired of flying?

Besides being able to sleep while flying, birds are well-adapted to being in the air without feeling tired easily. Of course they all get tired eventually, but their bodies are well adapted to make flying as easy as possible.

Birds manage their energy very well by reducing air resistance. Whenever possible, they will fly with the flow of air, instead of trying to fight against it. They make use of air currents and thermal updrafts that allow them to conserve energy by gliding. Seabirds and hawks are excellent gliders, able to cover long distances without having to flap their wings much as they ride currents.

One thing that makes any creature tired is having to move around a lot of weight. Birds have unique adaptations in their skeleton which allow their bones to be strong, yet lighter than a mammals. Their bones are hollow which makes them much lighter, but contain special “struts” inside them to ensure they are still strong.

Their beaks are lighter than having jawbones and teeth like mammals. Most birds don’t even have bones in their tail, just specialized sturdy feathers.

Even their lungs are specialized. In addition to lungs, birds also have special air sacs that allow oxygen to flow around the body more easily. So when a bird takes a breath, more oxygen is transported than when you or I take a breath. This constant supply of fresh air helps boost their endurance.

Do birds sleep in nests or on branches?

Contrary to popular belief, nests are not for sleeping in, but for incubating eggs and raising chicks. So of course you will see birds sleeping on nests while caring for their eggs or young, but beyond that nests aren’t really used as a “bird bed”.

Birds are able to sleep on many surfaces as long as they have a secure footing. Many birds, such as owls, may sleep while perching on a branch. Some birds prefer to sleep in an enclosure and will use a birdhouse, roostbox, tree cavity or other crevice. Dense foliage, such as thick shrubs, often provide a great protected spot for sleeping.

Chimney swifts have been seen resting while they cling to the insides of chimneys. Shorebirds and waterfowl often sleep at the water’s edge by standing on partially submerged rocks or sticks. They tuck one foot into their body, similar to birds perching on branches.

Why do birds fall off their perch?

If you see a bird falling off their perch, it’s probably because they are unwell. It could be heatstroke, a genetic disorder harming their lungs or brains, or ataxia, where the bird loses the ability to coordinate their voluntary muscles. Birds can also fall off their perch because something startles or frightens them as they sleep.

Typically, birds don’t fall off their perch when sleeping because of their tight grips on the branch. When they place weight on their feet, the muscles force the tendons to tighten and keep their foot closed, even as they sleep.

In fact, hummingbirds are sometimes seen hanging upside down while in a super deep state of sleep and energy conservation called torpor.

Yes, birds can sleep while flying even though it’s in short bursts and typically with only one-half of their brain resting at a time. There are powerful, endurance flyers that go non-stop for months while they sleep, eat, and mate in the air. Most birds only sleep while flying during long stretches of migration.