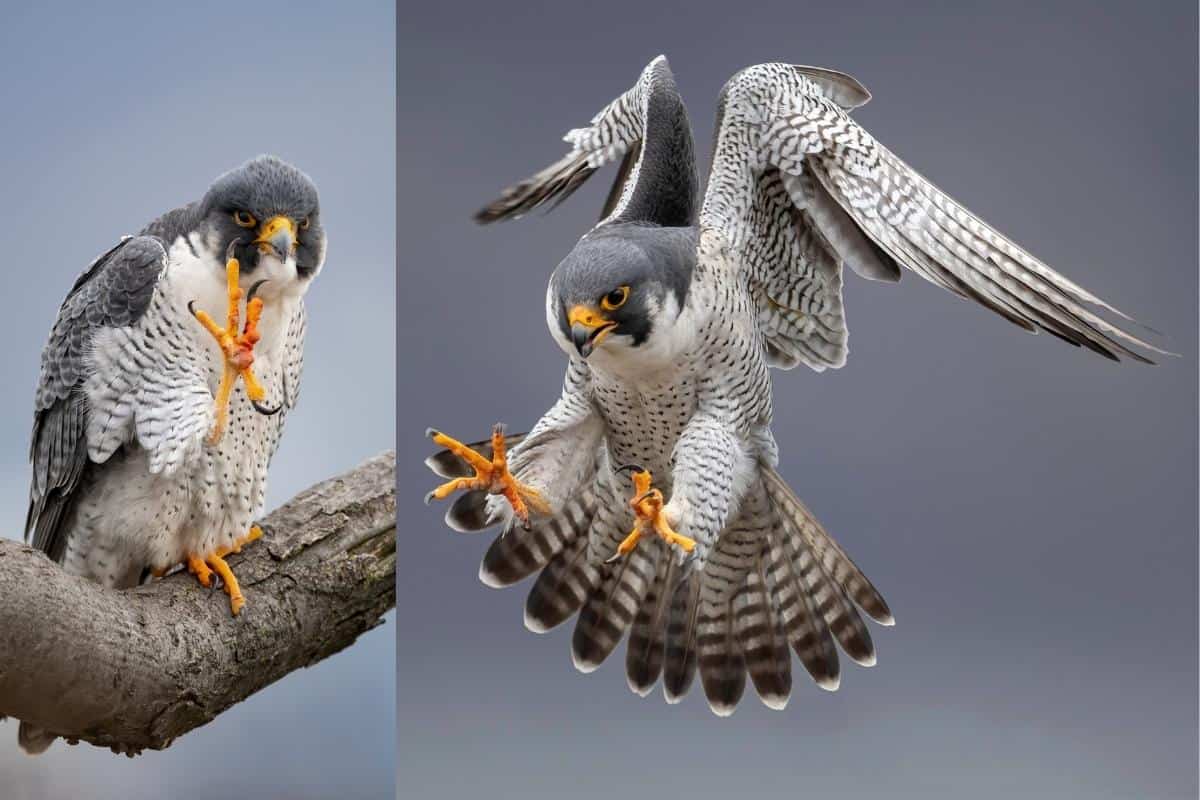 Falcons may look like little hawks, but they are in a category of their own. There are about 40 species worldwide that belong to the genus Falco.  Known for their keen eyesight, hunting prowess, and fast speeds, they make up a small portion of the “birds of prey” category. In this article, we are going to look at the 7 types of falcons you can find in the United States.

Types of Falcons in the United States

There are 7 species of falcon that currently make the U.S. their home, at least for part of the year. This is excluding the rare vagrants that may occasionally be spotted. Let’s learn a little about each one.

The American Kestrel can be found throughout most of the U.S. year-round. In southern Texas and Florida, they may tend to only be winter visitors. Kestrels breed in the north, throughout much of Canada, Alaska, and the states along the northern U.S. border. 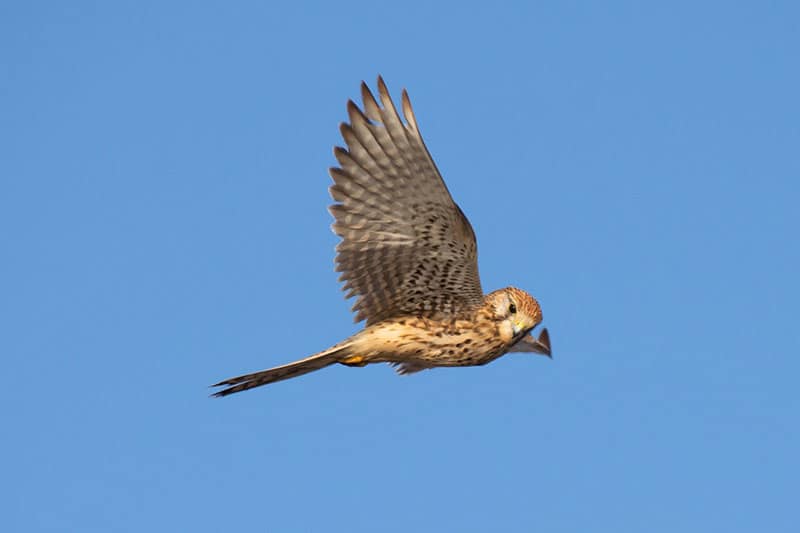 Merlins spend the summer breeding months in Canada, Alaska and along the northern U.S. border. Then they migrate through most of the central and eastern parts of the U.S., and is the best time for people in most states to spot them. They settle for the winter in the western U.S., along the U.S. Gulf coast, Mexico, Central America and parts of northern South America.

In the United States, the Aplomado Falcon is only found in Texas and New Mexico. In these states they are still uncommon and have a sparse year-round population in just a few areas near the Mexico border. Their range extends down from Mexico all the way to Argentina.

In many cases, they resemble the American Kestrel. They have rusty red on their belly that sometimes extends up to the chest, or sometimes the chest is white. Their under-feathers are dark with white barring, and this pattern extends to their sides. A black and white face makes the yellow base of their bill and yellow eye-ring stand out.

Their preferred habitat is grasslands along the coast and desert regions with yucca and mesquite. They will hunt insects in the air, and also prey on lizards, small mammals and birds. Interestingly, they have been seen chasing prey on foot.

Aplomados are not only rare in the United States, but also on the endangered species list in both the U.S. and Mexico. However, there are currently efforts to reintroduce them to Southern Texas and the United States that you can learn more about here.

These cold-weather falcons breed around the Arctic circle, then move further south into Canada for the winter. The states along the U.S.’s northern border are at the bottom of their winter range. They would be considered a lucky, rare sighting in most places in the U.S.

Peregrine Falcons have one of the longest migrations of any bird in North America. While some remain year-round in one area, many migrate from their breeding grounds in the Arctic to winter in Mexico even further south. Some remain along the west coast and parts of the east coast, but for most of the country fall migration is the best time to spot them.  Their name, “peregrine” means wanderer / pilgrim. This hints at their widespread nature, being found on early every continent world wide.

Prairie Falcons prefer wide open spaces like grasslands and fields where they soar high overhead looking for their next meal which is usually small mammals or other birds. They are found throughout much of the the western half of the U.S. year-round, and some may move slightly east to the middle of the country for the winter months.

The Crested Caracara looks unlike any of the other species of falcon. In fact, the Cornell Lab describes them as a bird that “looks like a hawk…behaves like a vulture, and is technically a large tropical black-and-white falcon.” They are most common in Central America but are found in a few spotty areas of New Mexico, Texas, Florida, and along the Gulf of Mexico.