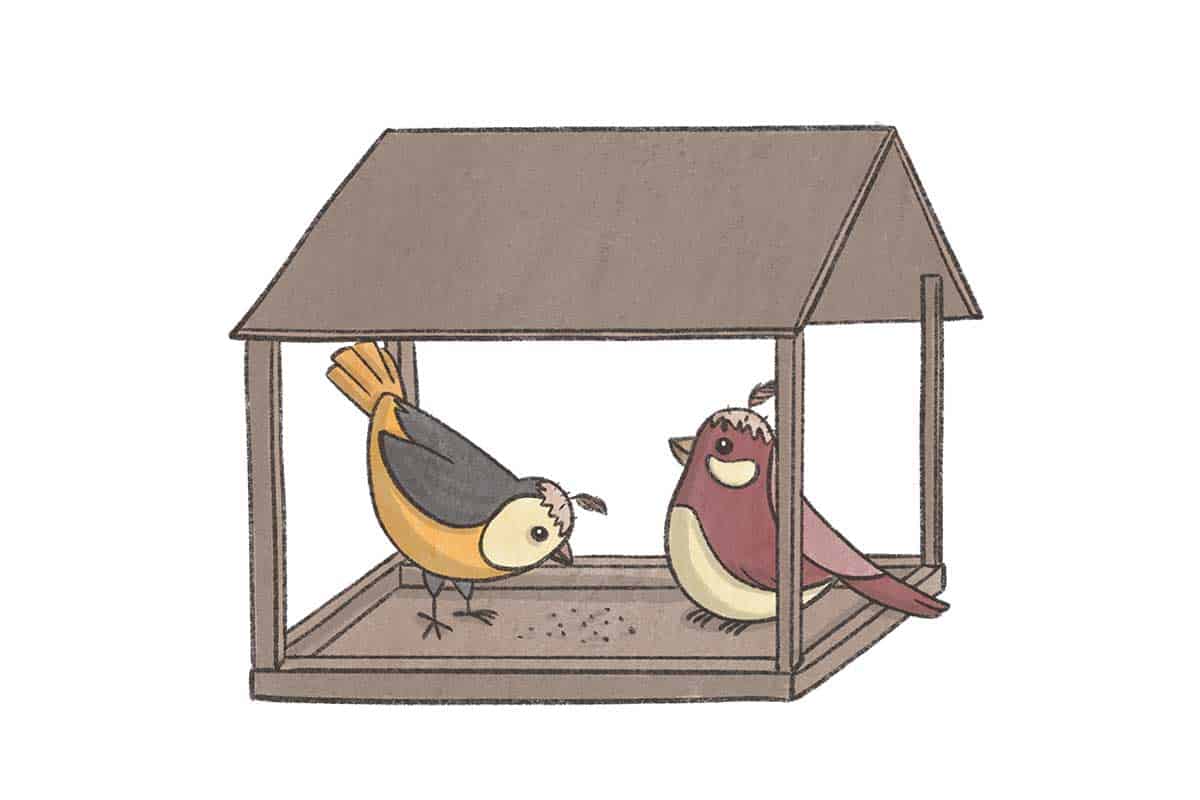 Something I see pop up online every year is people posting photos of birds they see in their yard that look completely normal, except they have no feathers on their head. It can be quite alarming to see this baldness that makes songbirds look more like mini vultures! Why do birds lose feathers on their head? Is this normal or something to be worried about? Let’s find out.

Why Do Birds Lose Feathers On Their Head?

Sometimes only the front part of the head looks bald, and sometimes the entire head and neck lose all feathers. It is still not fully understood why this happens, but there are two main theories which we will discuss below.

Birds Lose Feathers Due to Molting

All of your backyard birds need to molt. Molting is the process of shedding an old feather to make way for a new feather to grow in. Feathers, like your fingernails or hair, are considered dead tissue. Once fully developed they do not repair themselves. Therefore after a period of time they become worn out, rough around the edges, and need to be replaced.

Most of your backyard birds molt in a way where feather loss is staggered rather than dropping an entire section of feathers all at once. They only lose a few feathers at a time and to our eye, it may not be very noticeable or they may just look a little shabby or scruffy. Birds have also been known to hide themselves away when molting so we may not often observe this process.

The two birds where full baldness has commonly been observed are Blue Jays and Northern Cardinals. This irregular molt pattern has been observed often enough in these two species that it is considered more or less normal behavior for them. 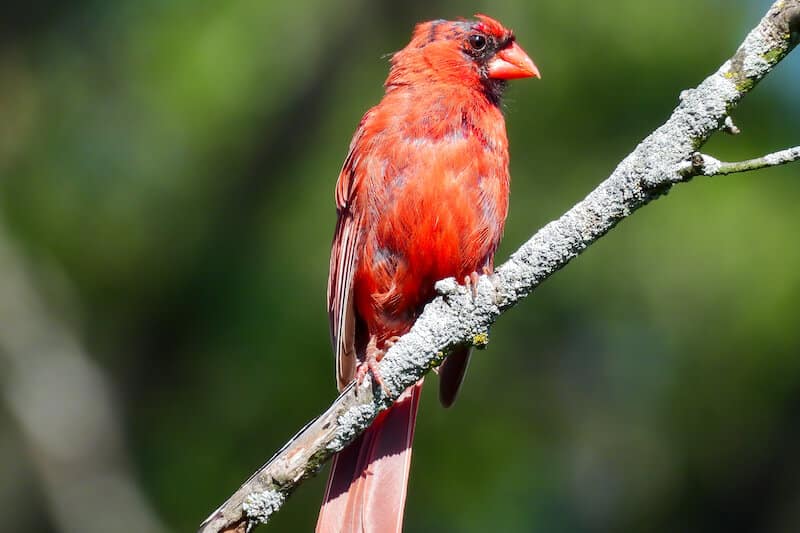 Northern Cardinals molt once per year in the late summer and early fall. At this time of year their mating duties are done, and food is still abundant so they have the necessary energy to grow new feathers. Many cardinals molt in staggered fashion and may just look at little “ratty” for a few weeks. They have have a few sparse patches on their body, look a little disheveled or even be missing their crest. However some cardinals loose all the feathers on their head at once, revealing the black skin beneath.

Occasionally researchers studying banded cardinals will witness this bald phenomenon. Because the birds are banded, they can continue to follow-up with the same bird and have reported that the cardinals will regrow their head feathers back within a few weeks.

Speaking of cardinal molting, if you have ever thought cardinals look redder during the winter, you may be right. Even fresh after a molt, some males will have gray tips on the feathers of his neck and back. As the fall and winter wear on, these tips fall off and reveal more and more red.

Blue Jays undergo one complete molt per year in late summer. Often they lose and replace a few feathers at a time so it isn’t too noticeable. But some blue jays tend to drop all their head feathers at once. This usually looks slightly different than the “shiny” bald of cardinals. Blue Jays may have a more “prickly” looking head and if you look closely you can see the new feathers coming in that have pushed the old ones out.

Laura Erickson, a well known bird educator and rehabilitator, made an observation that supports the theory that bald blue jays are just going through a normal molt. For many years she had two blue jays in her care. They were kept in the same enclosure so were exposed to the same environment. One would molt a few feathers at a time, and the other would completely loose its head feathers. This same pattern was seen for several years.

Birds Lose Feathers Due to Lice and Mites

As we mentioned, the typical time for Blue Jays and cardinals to molt is end of summer to early autumn. However sometimes these birds, especially cardinals, are observed with a bald head in the early spring. This would be an inconvenient time to molt and would likely negatively impact their ability to find a mate until the feathers grew back. So what else might be going on?

It is believed that sometimes various bird lice or feather mites may be the cause. Birds preen and clean their feathers using their beak, however they cannot preen their own head. If mites are causing skin irritation and itching, it is possible they are scratching the feathers off their head, using their feet and branches, to rid themselves of the infestation.

Unfortunately upon visual inspection, evidence of mites or parasite issues is rarely seen, so it is hard verify if this is a cause. However it is believed that as with molting, these birds would be able to grow their head feathers back within a few weeks.

This is a theory I have seen less often and currently doesn’t have any research to back it up that I was able to find. Some people believe that the rise of pesticides, herbicides, plastics, chemicals and toxins in the environment may be playing a part or contaminating bird seed supplies. There have been anecdotal sightings from people who claim they see cardinals that go for very long periods of time bald or remain permanently bald. Others have spotted two, three, or more bald cardinals at once and suspect a larger issue is at play than just molting. We certainly know nowadays that chemicals and pesticides can have a wide reaching negative impact on ecosystems. More specific research would need to be done to verify if these factors are contributing to baldness in birds.

Until it is studied further, we don’t know the definitive cause for bird baldness. Molting is the most likely cause, although we do not know why some birds within a species molt this way while others do not. Parasites are a likely culprit if you see bald birds in the spring or early summer when it’s too early for molting. There is no evidence at the time of writing this article that it is due to a viral disease.

It may not seem ideal for the bird, and they may look a little creepy, but most birds do just fine until their new feathers come in.