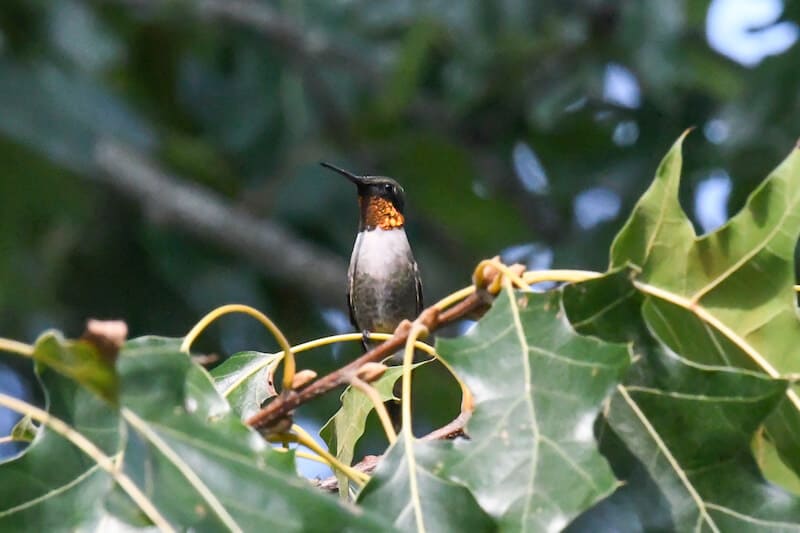 It might seem impossible that anything could catch these incredibly small and fast birds. Do hummingbirds have predators? Yes, hummingbirds main predators are cats, small birds-of-prey, praying mantises, insects such as spiders and Robber flies, and even snakes and frogs.

Believe it or not, cats are one of the most common hummingbird predators. Both feral and pet cats can stalk hummingbird feeders and lie in wait. To avoid your hummers becoming a cat snack, make sure you hang feeders at least five feet off the ground. Also, cats are great tree climbers, so hanging your feeder from a tree branch won’t keep it safe. 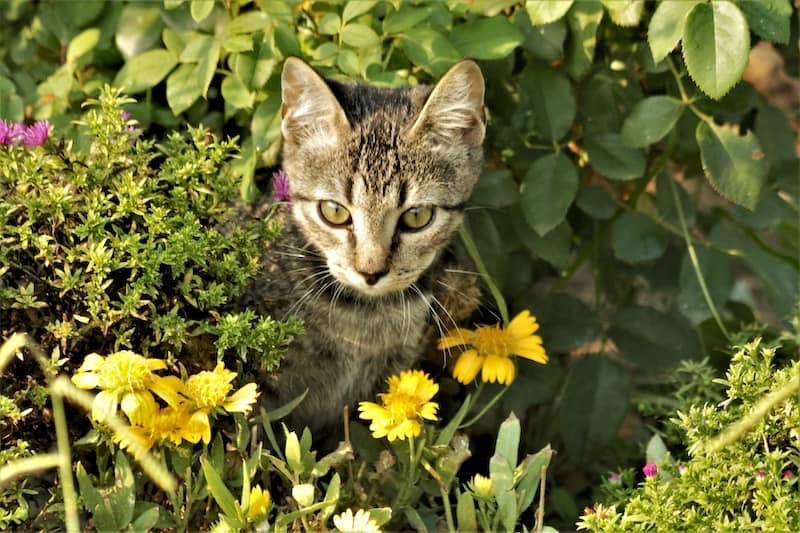 According to the Cornell Lab of Ornithology,  it has been documented that smaller birds of prey such as American Kestrels, Merlins, Mississippi Kites, Loggerhead Shrikes and Sharp-shinned Hawks will catch and consume hummingbirds. What’s even more impressive is that hummingbirds will dive-bomb and confront these larger birds! Most likely to defend their nest when a potential threat gets too close. Brave little guys!

Another known hummingbird predator is the Greater Roadrunner, found in the southwest United States. Roadrunners have been observed staking out a popular hummingbird spot such as a feeder, and hiding themselves in bushes or other cover and waiting for the perfect moment to strike, similar to a cat.

Praying mantises are often valued by gardeners because they eat all sorts of insects that gardeners would consider pests such as moths, caterpillars and aphids, but won’t eat any plants. There are many species of praying mantises that can be anywhere between 2 – 5 inches long.

While somewhat rare, many of you may have heard that hummingbirds can be captured and eaten by the praying mantis. This has most often been observed at nectar feeders, where the mantis will climb on the feeder.

Mantids are able to strike out incredibly quickly and snare prey with their spiked front legs. Nectar feeders can attract all sorts of insects that might be interested in the sugar, and this is likely why mantises sometimes hang out at feeders.

Hummingbirds are actually many times larger than a normal meal for a praying mantis, and certainly are too much for the mantis to eat and they end up only partially consuming the bird.

However if a mantis is really hungry or hasn’t had luck catching prey in awhile, it may just decide to go for it in an “eyes too big for its stomach” sort of way.

Sometimes the mantis will hide under the feeder for a sneak attack. However, I’ve seen a few videos of this phenomenon and the hummingbirds will often see the mantis and fly right up to it and get close. They don’t really seem to recognize it as a threat. Not much you can do to keep them off your feeders other than remove them if you spot one.

Warning: don’t watch the video if seeing a hummer get snagged will upset you.

As you may know, hummingbirds use spider silk from webs when building their nests. They use this sticky silk to help hold the nest together and to bind it to the trees and branches the nest sits on.

But getting this spider silk is a delicate task that they must do carefully. If their wings get too close they run the risk of becoming tangled in the web and unable to free themselves.

If this happens, larger spiders such as Orb Weavers will often wrap and consume the hummingbird like it would any other insect that is caught in its web. In this way spiders are more passive predators. They don’t go after hummingbirds specifically, but will eat them if the opportunity presents itself. 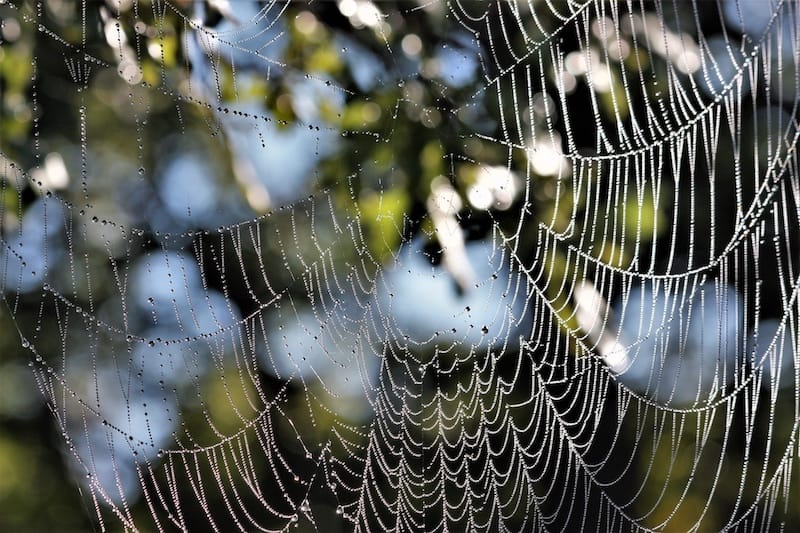 This one was a surprise to me! Hummingbirds have actually been found in the stomach of large bullfrogs! This isn’t a common occurrence as hummingbirds often fly much too high to be in the range of a hungry bullfrog.

However, like all birds it is important for hummingbirds to have water to drink. If they aren’t able to find safer water sources, they may dip down to drink from ponds that put them within the reach of bullfrogs

Snakes and Lizards are most likely to be a problem for hummingbirds when sitting on a nest. They may try and attack while the bird is guarding her eggs, or will try and grab eggs or young if the nest is left unattended. However there are also some reports, while likely more rare, of larger snakes going after hummingbirds at feeders.

When are hummingbirds most vulnerable?

How do Hummingbirds defend themselves?

So what can these tiny guys do to defend themselves against predators often much larger than they are? If your first guess is out-run them, you’re right. Hummingbirds ability to fly incredibly fast and turn on a dime sideways and backwards means they can often out maneuver their foe.

The females are often more drably colored than the males, and when sitting on their nest they are well camouflaged with their surroundings.  Since hummingbirds are so light and their nests so small, they will often build on very thin branches that won’t support the weight of larger predators trying to creep up on them.

If a predator gets too close to their nest they may dive at it repeatedly. Often this aggressive display along with the humming sound of their wings will confuse and annoy a predator.

If a predator is approaching the nest the hummingbird may attempt to get the creatures attention by flying close to it and making noise, then it will fly away from the nest to try and divert attention away from the eggs or young.

How you can help keep hummingbirds safe

Nature is nature and we can’t always interfere with the food chain. However here are some tips on how you can help hummingbirds avoid some danger from predators and make your yard hummingbird friendly.