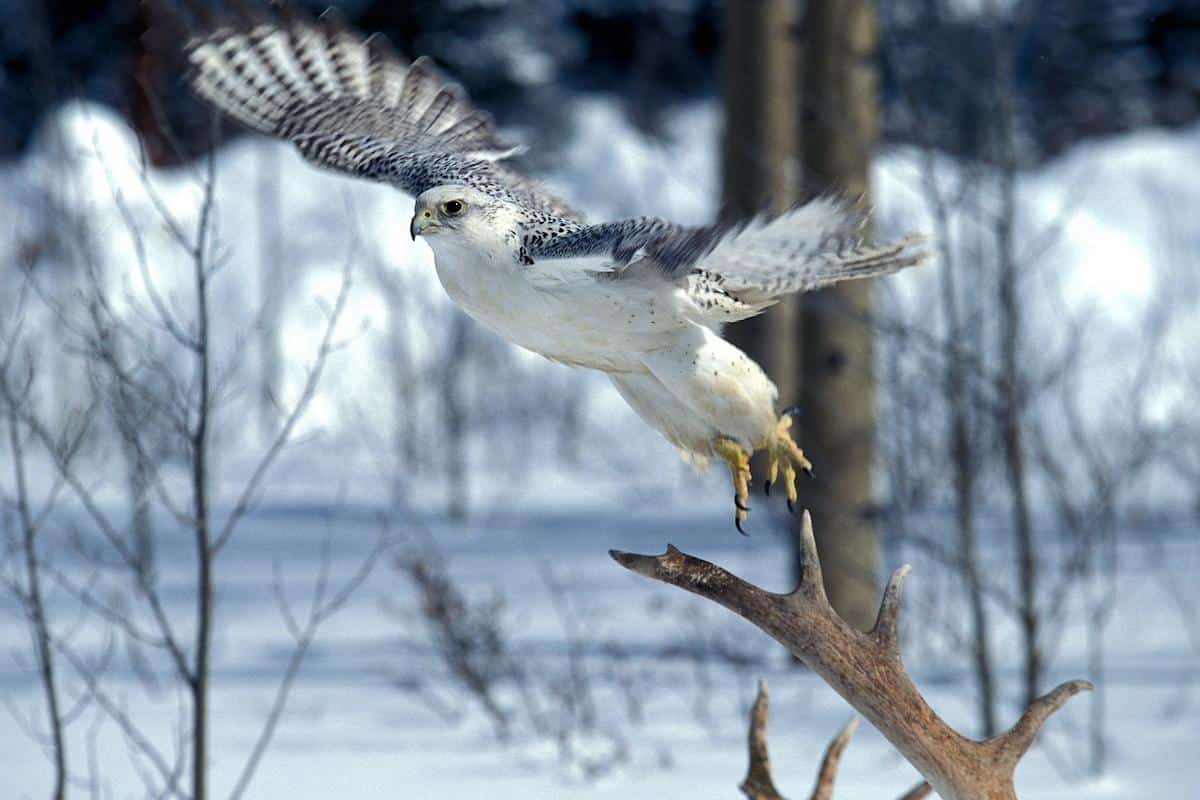 Falcons are birds of prey, but different from eagles, kites, and hawks in several ways. Unlike these other raptors, falcons kill their prey with their beaks rather than their talons. They also tend to be smaller, faster, hunt more birds, and have longer wings, among other differences.  There are 7 species of falcons that regularly visit the United States, but in this article we will look at the 4 species of falcons in Alaska.

The 4 species of falcons found in Alaska are the American Kestrel, Merlin, Peregrine Falcon, and Gyrfalcon.

Let’s learn a little about each species.

The American Kestrel comes to eastern and central Alaska during the spring and summer to breed. They use old woodpecker holes, tree hollows, rock crevices and other nooks. They also use human provided nest boxes. Males will scout out possible nest locations, then let the female choose.

Merlins are small falcons found throughout  nearly all of Alaska. They come up to Alaska and Canada to breed in the spring and summer, then most head to the southern U.S., Mexico and Central America to winter. However, a population remains year-round in southeastern and southcentral Alaska, along the Gulf.

These cold-weather falcons breed around the Arctic circle, then move further south into Canada for the winter. In Alaska, they remain year-round in nearly all parts of the state, including the Aleutian Islands.

But birds aren’t the only thing they eat. Mammals such as hares, squirrels, fox and lemmings are also on the menu. In the breeding season, they have been known to hide extra food behind vegetation near the nest site.

Most Peregrines in the U.S. migrate far north to arctic regions of Canada and even Greenland each year to breed. This includes Alaska, especially the northern half of the state. Their name, “peregrine” means wanderer / pilgrim.

This hints at their widespread nature, being found on early every continent world wide. Many that nest in Alaska and other areas of the Arctic migrate all the way down to South America to spend the winter, traveling 15,000 miles per year!