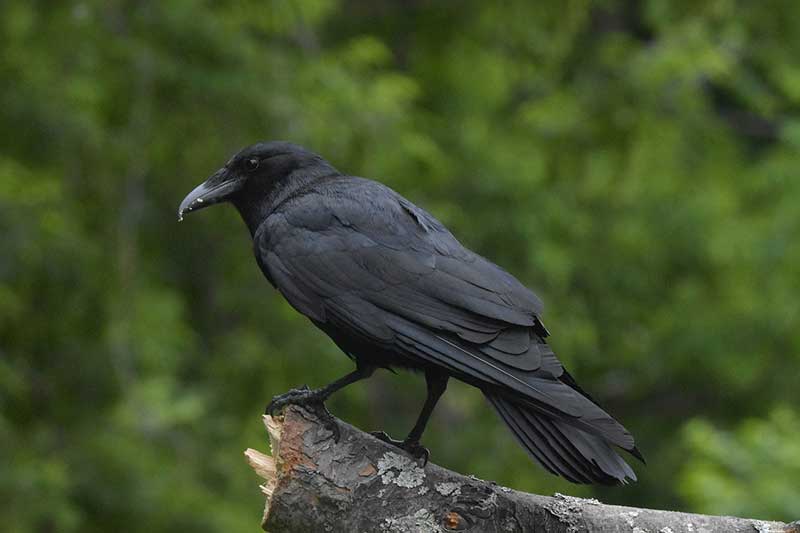 This list includes common and some not so common birds that start with the letter a. These birds hail from all four corners of the world. Some birds you may find in your back yard while others reside in more remote or exotic locations.

Birds that start with the letter A

These birds usually move around close to the ground in pairs. They have a distinctive call which they are recognized by. Their call usually consists of three to four notes with an audible drop in the middle note.

Fun fact about Abbott’s babbler: A zoologist by the name Edward Blyth discovered the species in 1845 and named it after Lieutenant Colonel J. R. Abbott (1811–1888) who served as Assistant Commissioner in British India.

This bird is also known by the names African wood pigeon or gray wood-pigeon. This bird was first identified in 1860 in West Africa. This pigeon is easily identified by its gray body and neck as well as its tail and wings, which are a darker gray hue. It has a white throat and a white belly.

Fun fact about Afep pigeons: The female Afep pigeon generally lays between one to three eggs. What’s most interesting is that both the male and female will raise the young together.

Scientific name: Palmeria dolei
Lives in: Native to the island of Maui in Hawaii

This bird, native to Hawaii, breeds in high elevated wet forests. The bird is 6.5 to 7 inches in length. The male birds can be identified by their distinctive colors, which are glossy black feathers that have white stripes running down the sides of their bodies. In addition, there are orange feathers peaking out from both wings.

Fun fact about ‘Akohekohes: These birds sing a variety of songs. The most prominent of these mimicking the sound ‘whee-o, whee-o’ repeatedly.

These birds are known to build floating nests in marshes and swamps and their breeding grounds are marshes and lakes. The Allen’s gallinule often lays between two to five eggs during the mating season. In addition, this is a migratory species. It is known for its green colored back, purple belly and a short red bill.

Fun fact about Allen’s gallinules: Breeding males can be identified by their blue frontal shield. These birds are easily seen during the migrating season.

These birds are migratory birds and often travel to Southern Africa during the winter season. These birds have very short legs.They use their legs primarily to cling onto vertical surfaces. Alpine swifts spend the majority of their lives in the air. They can easily fly for up to six months at a time without having to land.

Neat fact about Alphine swifts: On a more romantic note, these birds pair for life, returning to the same sites and rebuilding their nests.

These birds sing similar melodies to the yellowthroat. What is more interesting is that you won’t be able to pick up the difference simply by listening to the bird whistle. You will commonly find Altamira yellowthroat birds living in freshwater marshes as well as drainage ditches and canals.

Fun fact about Altamira yellowthroats: They are known as new world warblers and are predominantly found in the new world or western world.

This species was first identified in 1790 by an English ornithologist by the name of John Latham. While they are similar to the Green Kingfisher, they are much larger than them as well. The Amazon kingfisher typically feeds on amphibians and insects. Their song can be described as a loud and often very harsh teck sound.

Neat fact about Amazon kingfishers: They have the typical build of a kingfisher bird with a long bill and a short tail. In addition, the young more closely resemble the adult female in color. 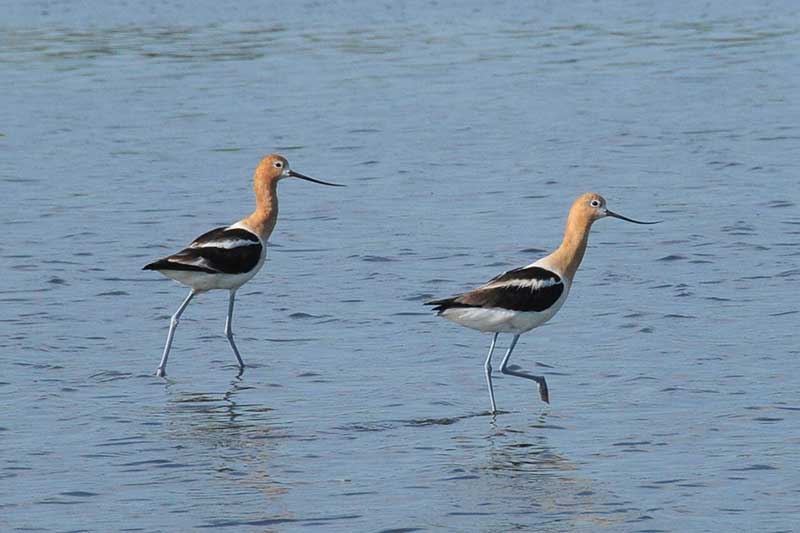 The American avocet has been protected under the Migratory Bird Treaty Act (16 U.S.C. 703-712) since 1918, due to a sharp decline in their numbers during the first part of the 1900s. But, their habitats are still under threat due to toxins. They feed on brine shrimp during the winter and they are sustained by brine flies during the breeding season.

Fun fact about American avocets: The young incubate for a total of 24 days. During the first eight days of incubation, the male plays a more dominant role in this process and the females take over this role for the remaining 16 days.

The American crow is a migratory bird. Though little is known about their migration patterns, it has been established that some migrate while others stay behind during the winter season. These birds were first described in 1822 by a German ornithologist by the name of Christian Ludwig Brehm. They are omnivorous and feed on anything from nuts, seeds, eggs, and scraps from human food.

American crow fact: Crows are extremely intelligent and have even developed their own hunting tools. They have an excellent memory and often only have one life partner.

These birds breed in mountainous areas and become sexually mature around the age of two years old. They are fairly large birds at around 19 inches in size. Andean gulls are typically found in freshwater lakes, around rivers, or marshes. Their diet consists mainly of insects and worms.

This species is migratory and often exists alone, in pairs, or small families. They lay eggs in shallow ground and often lay one to two eggs during the breeding season. There has been a decline in numbers and in 2012 this species was listed as threatened.

Interesting fact about Arabian bustards: The male is much larger than the female, often times, weighing in at an impressive 24 pounds.

This bird forms part of the Lark species. Its typical habitats are subtropical and tropical dry sub-land and dry low land. While they are able to fly, you will typically find them hiding in vegetation on land. It is known to feed on small invertebrates and seeds.

Fun fact about Archer’s larks: This is a critically endangered species and the last known sighting occurred in 2003, so pictures on the internet of this species are also scarce.

This bird measures around 18 inches in size and roughly 12 ounces in weight. The male is easily identified by its spectacular glossy blue-black feathers, crimson iris, and greenish bill. During the breeding season, the female lays a single egg. These birds are known as brood parasites and rely on others to raise their offspring.

Fun fact about Asian koels: They are familiar birds with a loud call. You will often find them mentioned in poetry, folklore, or myth.

These ravens are mostly sedentary. Breeding starts from the age of three and their breeding season starts in July and ends in September. They are known for nesting in very tall trees. This species is omnivorous and its diet consists of insects in the summer and plant based in the autumn.

Interesting fact about Australian ravens: These birds are very peaceful and pose little to no risk to humans or other birds.