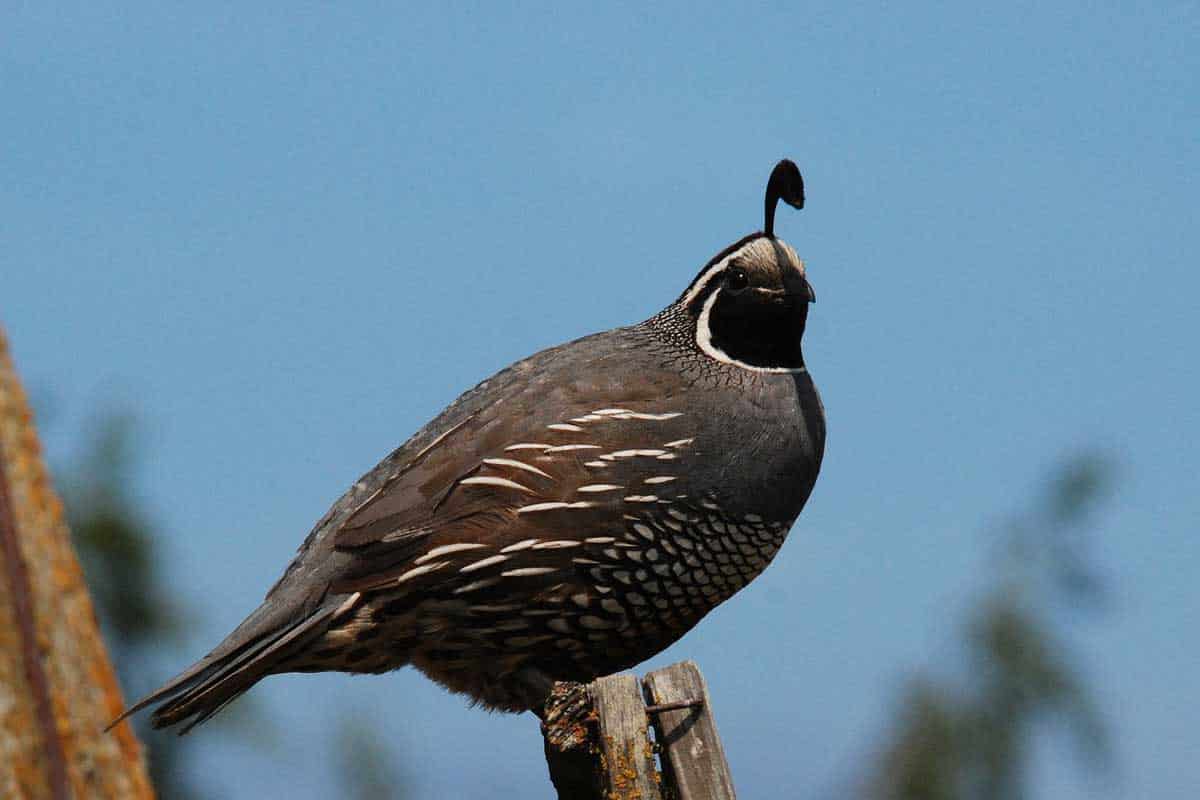 Birds that start with the letter Q

There are at least 6 species of quails found in North America including the Montezuma Quail, California Quail, Mountain Quail, Scaled Quail, and the Gambel’s quail.

The Montezuma Quail is an ethereal bird found in the mountains and oak woodlands of Mexico. Its range barely extends into the southwest United States.

This game bird has a small tail, rounded wings, and no neck, making it extremely plump. These North American birds are also known as ‘fool quail’ because of their behavior. They favor mountainous terrain covered in woods that have a variety of plants and grasses that are bunched to feed them.

The Montezuma Quail is North America’s shortest quail. Their territorial or assembly call is a sound made up of six notes or more up to a limit of nine that fall in pitch. The call carries remarkably far and can be characterized as quavering and whinny.

The Quebracho Crested Tinamou has a distinctive voice: two whistles, each low in pitch, and then increasing in pitch towards the very end: ‘Toooo-wee! Toooo-wee!’

This ground nesting bird is only found in a particular region of South America in the countries of Argentine and Paraguay. Though they can fly, tinamou aren’t strong fliers so they spend most of their lives on the ground. They can run fast and are able to avoid predators by outrunning them.

The quailfinch indigobird is a nest parasite that lays eggs in the nests made by African quailfinches. They live in open grasslands and savannas, usually close to water. They have strong, sharp beaks to devour seeds and grains. Similar to cuckoos, these birds are parasitic breeders.

This means that they nest in the nests of other birds. In their situation, they exclusively use nests made by African Quailfinches. However, they do not harm the eggs of their hosts but simply add their own to the existing nest.

Fun fact: They are fantastic mimics and mimic the song of African Quailfinches identically.

A small Whydah with a reddish-orange head and legs. During the breeding season, the male has an orange-colored buff neck and underparts and a dark cap with black, 17 centimeter-long tail feathers–which is why some people call this bird the ‘Shaft-tailed Whydah’. Females and males that aren’t breeding have streaky upper parts and light, buffy underparts.

When males breed, they carve out territory in dry, thorny scrub. However, once the breeding season is over, they form groups with other seedeaters. The Queen Whydah parasitically lays its eggs in violet-eared Waxbill’s nests and can mimic their mimic songs.

This bird is seasonally sexually dimorphic (meaning that males and females show physical differences). During the breeding season, the male grows a long tail, and his plumage becomes noticeably colored, yet at all other times, the male looks exactly the same as the sparrow-like female.

The Queen Victoria’s Riflebird is a large bird-of-paradise species with a long downward curved bill. Males are nearly completely black, with a green and blue metallic sheen on the throat, belly, and crown. Females are brown above and buff below. They have a scaly patch on the stomach and chest and a light eyebrow. The call of a Queen Victoria Riflebird is a loud blast of sound, which is usually repeated.

To perform a display, males stand on an upright stump and hold their wings high above their heads. In this posture, they flash bright yellow gapes, bobbing and swaying and lifting each wing up one at a time.

Of all riflebird, the Queen Victoria’s Riflebird is the smallest. Males have an emerald-blue head, bronze underbody, and breast. The upper part of their bodies is covered with a vibrant color of shiny purple. They also have a black velvet patch in the middle of their throats below a metallic blue triangle.

These non-migratory birds are known under a variety of names, like ‘Lesser Riflebird’ and ‘Victoria Riflebird.’