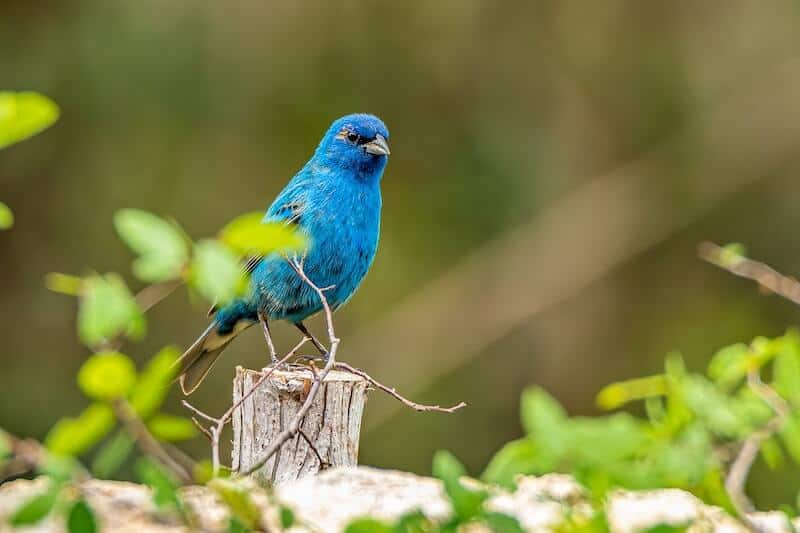 The outside world is full of colorful, intriguing, and amazing bird species. They sing, they soar, they inspire us to create works of art. We’ve complied a fun list to help you learn about birds that start with an I.

Birds That Start With I

Below is a list of 13 intriguing and interesting bird species whose name starts with I. Let’s take a look!

This colorful little hummingbird has a bright green body, dark brown back, and a purple-blue crown on top of it’s head. They live in forests, forest edges and shrub gardens at an elevation between 1,000 – 2,000 meters. in tropical and subtropical zones.

Interesting fact: The only known place in the whole world these hummingbirds exist is within Columbia, South America.

Most Ibisbills are overall grey with a bright white underside, a long down-curved red bill, black breast band, red legs, and a black face. Each bird measures around 16 inches in total length. These birds like to make their homes beside stony riverbeds where water flow is quite slow and calm.

Each Iceland Gull is around 22 inches long and weighs about 1.8 pounds. Most birds of this kind are all white, have yellow eyes, and have black on their beak and feathers. However their plumage can vary quite a bit. This species is most often mistaken for other types of gulls, such as the Thayer’s and Glaucous gull.

Interesting fact: They nest on tall and sheer cliffs in the remote Arctic.

This cute little warbler has a broad-based bill with a fairly large head, grayish-olive body with light yellow underparts, and grey to bluish legs. It also features a pale ring around both its eyes. They are known to have a “fast nasal babbling” song that attempts to mimic songs of other bird species.

Interesting fact: Icterine warblers mainly eat insects but will add in fruit to their diet in late summer.

Also called the blue-lored antbird, these birds primarily feed on insects and reside within tropical areas that will feature high humidity, such as the Andean forests. Males tend to have all-black feathers, while females have brown feathers and a black mask. They feature a pleasing blue patch around their eyes.

Interesting fact: They follow ant swarms so they can snatch any prey that has been ensnared!

There are a few different Ibis species around the world. The ibis is known for it’s unique shape of long legs, stocky body, long neck and and long down-curved bill. They wade in shallow water using their long bill to probe through the sand and mud looking for food such as insects, worms, snails, crabs and crayfish. The white ibis has an all-white body, pink legs, pink beak, and a featherless pink face-mask.

Interesting fact: The white ibis is the mascot of the University of Miami (Florida), chosen due to its toughness in withstanding hurricanes.

The Imperial Shag is a species of cormorant that measures around 30 inches long and weighs 4-8 pounds. Each bird features an orange nasal crest, a blue ring of skin around each eye, a white belly and glossy black feathers. They are avid swimmers and forage for food in the ocean.

Interesting fact: They can dive 80 feet deep, and eat octopuses!

Each Inca Dove is around 6.5 inches and 0.1 pounds. They have slender gray-brown bodies, and are typically covered in feathers that resemble scales on a reptile. These doves also have long white tail feathers that combine to make a square shape. Their call is like a “quiet rattling noise”.

Interesting fact: Fort Worth Zoo had to temporarily remove their Inca Doves because they’d disturb the other birds. 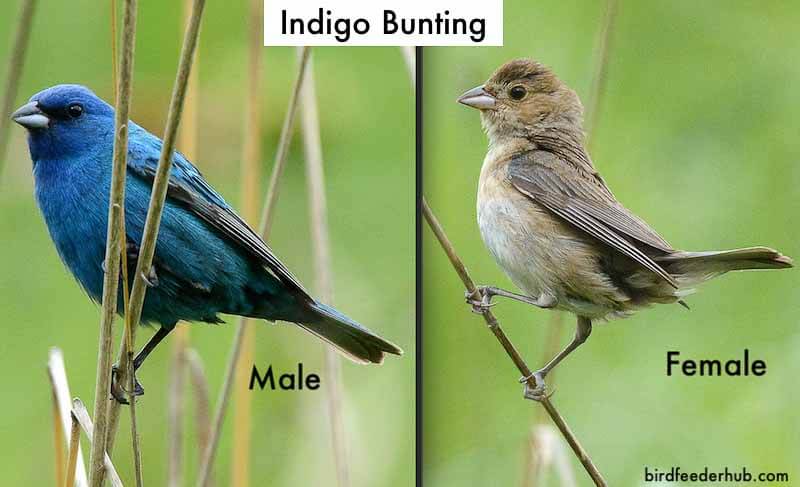 This small bird is only 4.5-5.1 inches in length, and has distinct sexual dimorphism characteristics. During the breeding season, or summer months, the male becomes vibrant blue to attract brown-colored females, which stay the same color all year long. These birds are typically found in open woodland, farmland, and brush areas.

Interesting fact: The Indigo Bunting will migrate at night and use stars to help navigate.

Measuring at about 17 inches, this almost entirely white bird has a thick blueish bill with a yellow tip and black legs. During the breeding season, males have been observed to have a bright red ring around both their eyes. Within North America, it’s only been seen in the Canadian Arctic.

Interesting fact: Ivory gulls are opportunistic eaters and will scavenge what they can find, including scraps from Polar Bear hunts.

With a length of around 16-17 inches, this unique bird has an orange beak that curves downward, a black cap on its head, white underbelly, and brown to black wings. The lower part of their large beak is longer than the upper and helps them “skim” their food. Skimmers fly low over the surface of the water and let their bottom beak skim along the water’s surface until they feel a fish, then they will quickly close their jaws.

Interesting fact: Males have been observed giving gifts of fish to females.

Related to most thrushes, this particular bird has an orange beak and legs, and brown to black feathers. They will hunt for their prey on the ground, including earthworms, spiders, beetles, snails, small reptiles, and even carrion. Island Thrushes prefer islands that have mountainous terrain and other high-up places.

Interesting fact: Dozens of subspecies of island thrush can exist together on a single island.

Far from being the smallest bird on this list, each bird measures up to 35 inches in height, is completely covered in white plumage, and a thick yellow bill. Like most herons, the Intermediate Egret feeds on insects, small fish, and frogs.

Interesting fact: These birds have been observed running after fish.