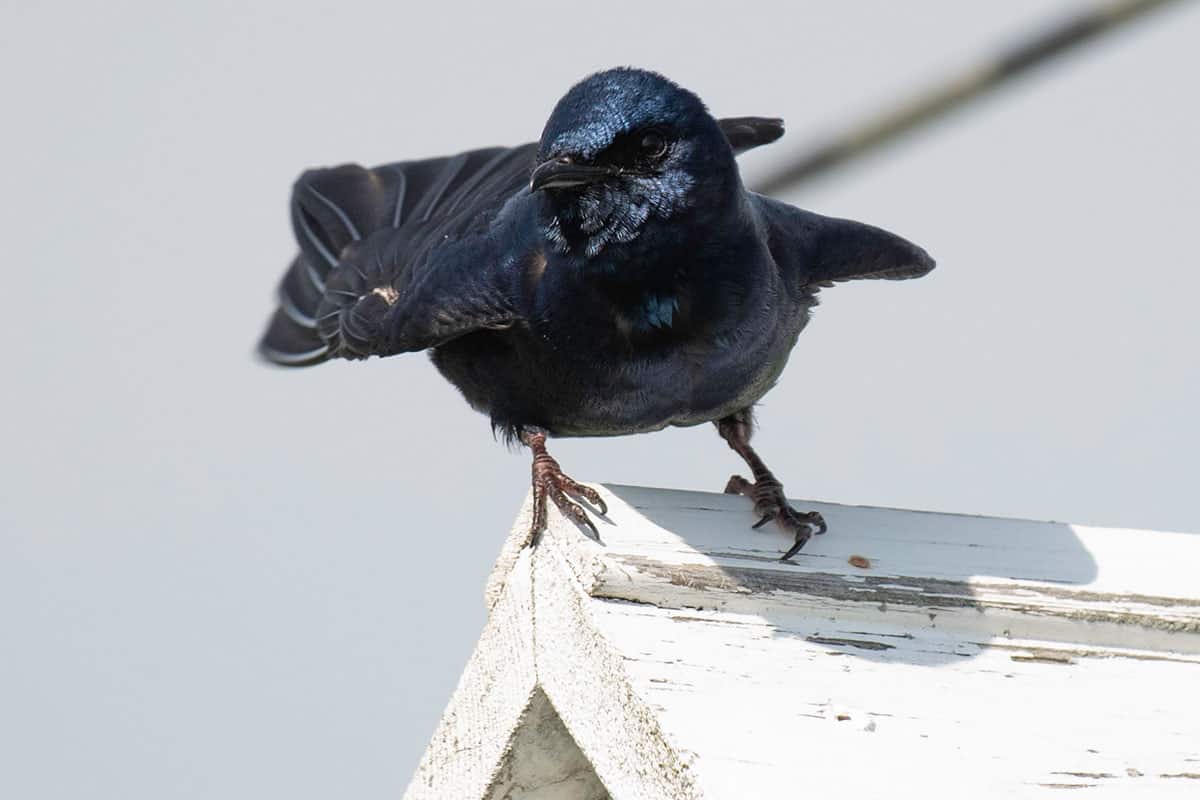 There are so many bird species and names from A-Z, more than you can fathom. If you’ve ever seen a bird doing something unique or displaying a feature that draws your attention and wonders what its name is, we might have the answer for you.

From common to unusual birds that fanatics like yourself research, here’s a list of birds that start with P for your enlightenment:

Birds that start with P 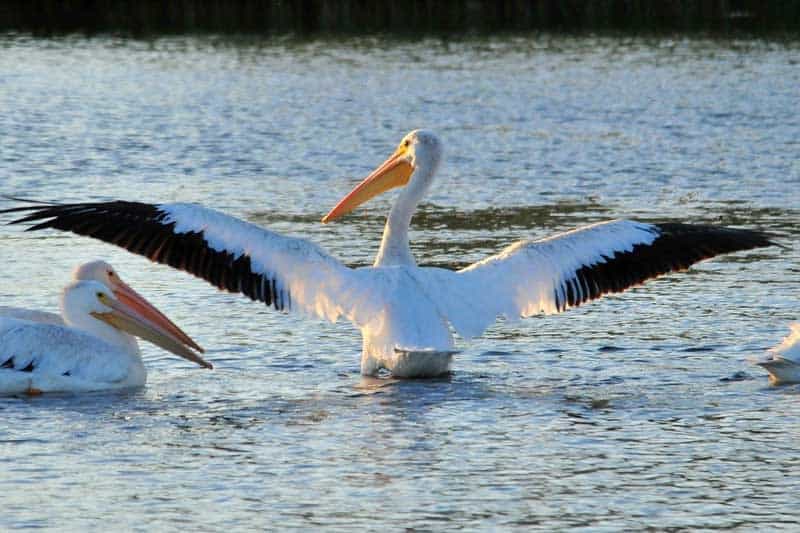 Scientific name: Pelecanus
Lives in: Except for Antarctica, every continent

Huge water birds with a long beak and a large neck pouch for collecting prey and releasing water before gulping.

The eight current pelican species are scattered over the globe, from temperate to tropical zones.

Pelicans eat fish in upland and coastal seas. They are social birds, flocking together to travel, hunt, and reproduce. Others nest among trees.

Parrots, one of the most common birds that start with P, are known for their vocal mimicry. There are almost 400 known species of parrots worldwide. This Order of birds, along with corvids such as ravens and crows, are without a doubt among the smartest birds on the planet.

People have caged parrots for centuries to amuse themselves. Parrots are clever, loving, and faithful birds. Due to their lifestyle, pirates are said to have preferred parrots as friends. A parrot was more capable of surviving and staying faithful than a pirate’s crew. So a parrot was a superior choice.

Partridges are found in a wide range of environments.

Partridges are fat, medium-sized birds that do not migrate. They’re sometimes mistaken for quail. But they share several qualities that set them apart. Partridges, for example, have broader bills and feet.

Fun facts: Unlike most birds, partridges make their homes on the soil, surrounded by greenery, and eat berries, nuts, and insects.

Penguins are a well-known group of flightless water birds that happens to start with the letter P. Only one variety, the Galápagos penguin, inhabits the Northern Hemisphere, near the Arctic Circle. With their dark and white feathers and flippers, penguins are well adapted to life in water.

Most penguins eat krill, fish, squid, and other marine creatures while swimming. Penguins are excellent swimmers and live both on land and in the sea for around half their life.

However, except for the Fiordland and yellow-eyed species, most penguins reproduce in enormous colonies consisting of hundreds to thousands of individuals.

Fun facts:Penguins have a broad repertoire of visual and vocal displays due to living in colonies where social interaction is intense.

In the Palearctic and North America, the pintail is a widely distributed duck species that breed in northern Europe. It migrates south to the equator during winter.

It’s a big duck with long central tail feathers and both sexes have grey legs and bills with a grayish blue color.

Fun facts: At one year old, both sexes are ready to breed, which occurs from April to June.

Partial migrant Pine Grosbeaks Pinicola is a monotypic genus. Their wintering grounds are in the north, but some fly south in the summer.

Birds with broad mouths and pale wing-bars have black tails with forked tails. Males have rose-red heads, while females have olive-yellow heads.

Its plumage is a dark brown and forked-tail is dark. Their crimson heads, backs, rumps, and conical beaks are distinctive.

Fun facts: A greyish back and underparts distinguish the mature females.

Pine Siskins are brownish above and lighter below. They have yellow patches on their wings and tails. Their long, slender bills are conical.

Fun facts: Their popular nickname is “Irruptive Winter Finches” owing to their erratic migrations based on food availability.

Puffbirds are named after they tend to balloon out their head and neck plumage. Their huge heads and short necklines are generally seen in trees.

There are birds called ‘nun lets’ and ‘sunbirds’. Puffbirds are frequently mistaken for jacamars.

Fun facts: There are at least 38 known species of puffbirds.

Painted storks are large water birds that live in the wetland plains of tropical Asia. Sadly, their stunning plumage has contributed to their near-threatened condition.

These birds have a large beaks that are yellow, very hefty and have a downward curvature, like an Ibis. They have a naked orange or crimson head.

Fun facts: Pink-tipped tertial feathers drape across their back and buttocks when resting.

Potoos are kin to Nightjars and frogmouths. They are Caprimulgiformes. There are many different species and subspecies of potoos. A few of these include the Rufous potoo, long-tailed potoo, common potoo, and the northern potoo to name a few.

Their hunting call is distinct. Many people have heard ‘poor-me-ones’ when they encountered these birds. Potoos like to explore the globe at night and sleep most of the day.

Fun facts: Because they nap upright, their bodies fit in well with their surroundings. Potoos are shy sole hunters, who enjoy solitude. Their open mouth and attentive eyes aid in hunting.

The majority of this species spends their winters in Africa or southern Asia. It is common for you to spot them in shallow, saltwater, and lakes.

Fun facts: There is no sexual dimorphism in this species, therefore the male and female both have white plumage with black spots on their wings and back.

These songbirds, also called “Desert Cardinals” typically live in mesquite thickets, woodlands, and other similar habitats in the desert.

In addition to their brownish-gray skin, Pyrrhuloxia has redbreasts and a mask.

The plumage is a clear giveaway as to the sex of these birds, with the males having more scarlet than the females. The Desert Cardinal’s major food consists of fruits, seeds, and insects.

Fun facts: Their golden and thick beaks resemble that of a parrot.

Purple Martins are a migratory bird species that breed across central Alberta down through the eastern United States.

Rather, blackish-blue feathers appear to be deep blue in appearance due to the refraction of incident light.

The adult males are completely black with a bluish sheen in their bodies. Their female counterparts have dark upperparts with a slight bluish touch, and the underparts are lighter. Both sexes have slightly forked tails.

Fun facts: Contrary to what their name might indicate, the plumage of these birds is not purple but rather a dark bluish black color that has an iridescent shine.

Pied crows occur in the southern half of Africa, these birds prefer to stay close to human settlements.

White feathers cover the lower breasts of Pied Crows, which have black necks and heads. Their eyes, tails, wings, and bills are a vibrant, dark brown.

Pheasant Cuckoos are large for cuckoo birds with rusty brown crests that have dark brown upper parts, with their lower areas a pale buff. Additionally, they have a very long tail, with the center feathers being the lengthiest.

Fun facts: They feed primarily on insects, lizards, and even nestlings sometimes.