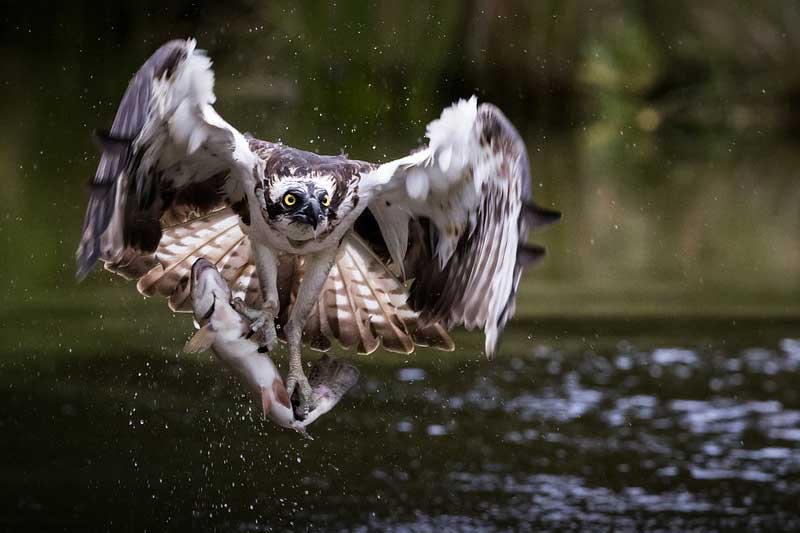 From olive sparrows to osprey, below is a list of primarily North American birds that have one thing in common. These birds all start with the letter O.

Let’s have a look at them!

Birds that start with the letter O

Nondescript, but these lively, vocal birds are a part of the dry, warm oak trees that stretch across southern Oregon up to Baja California.

The pair have a lifelong affair, and both partners raucously protect their territory all year long. In search of plants and insects, the Oak Titmouse hunts at the rate of around 40 attempts to catch food every 15 minutes.

Very local and native to the interior of Oaxaca. This bird loves brushy woodlands near the edge of oak thickets, with nearby grassy areas. They usually skulk close to, or on the ground. However, it often feeds along the grassland’s edges early and later during the daytime.

Oaxaca sparrows sing from high profile perches within trees and bushes. They blend in into their native habitat, making these birds very hard to see.

Orange-crowned Warblers are another dull-colored species of warbler. Though their name implies that they feature some sort of orange coloration on their heads, in reality their orange crown is only really visible when they get excited and perk up their feathers.

Spectacular, big forest dweller that is generally not common. It is larger than other antbirds within the range. They can be challenging to observe clearly.

However, if you know where to look, you might find these birds in small groups near the ground in mature forests. The social nature of this species is different from the Antbird family. Clans cooperate to defend their territories against enemies.

Small and quite a bright antpitta located in the subtropics and foothills from Costa Rica to Bolivia. A typical antpitta is large and short-tailed.

They are elusive and hard to see when they are on or near the ground in forests, usually perched on small branches a few meters high. Its song can be hard to identify simply because it is a loud, low-pitched whistle.

This species of bird has a candy-red bill with a curling white stripe on the head. Their lacey black and white striping make this a distinctive and appealing species. Only found within the area around the Yanbaru Forest on Okinawa Island, where it hunts on the forest floor, typically in small groupings.

This species gives many different frightening calls from a mixture of shrill screaming, high-pitched squeals, to a horrible sound that resembles manic laughter.

This small woodcreeper is found in humid forests of subtropical and tropical areas. It is fairly common but not a lot of attention. Rapidly ascending branches, frequently flying down too low on the tree below before circling back up.

They primarily consume small vertebrates. In rare instances, they are also often seen feeding on fruits and seeds.

The large, towhee-like bird is grey overall, with an olive back and brown streaks on its head. It holds its incredibly long tail in its talons while searching for insects and seeds within the forest.

In the United States, the Olive Sparrow is found only in the south of Texas. Olive Sparrows can be seen in ant colonies, scavenging for food.

A small songbird that lives in open, mountainous pine forests. The Olive Warbler peruses the treetops but rarely descends below eye height. Males are adorned with an orange, black hood and dark cheeks.

They are otherwise gray with striking white wings. According to new genetic studies, the Olive Warbler appears to belong to a different species called ‘Peucedramidae.’

Drab and boring flycatcher that is found in the. Look for grayish olive upperparts, subdued white underparts, a yellow belly, and light wing bars. It is an inflected whistle repeated every couple of seconds, and the song is a quick trill that rises.

Dressed all in patchwork, this woodpecker is a vibrant color and distinctive, unlike any similar large-sized crested bird within its range that has wing bars.

Males have an aged reddish crest with an orange breast and a back that is whitish with an ethereal buffy hue. Females sport brown breasts and heads as well as a whiter back. The tongue of a woodpecker can be as long as 4 inches in length and three times longer than its bill.

A small and discreet bird. Males and females appear brightly green above, and the lower part of their bodies has dull yellow and blue-colored coloration on their crowns.

It is found in lower elevations of the forest and feeds on fruit in short sallies, as do other manakins. When the female is present, males jump over one another in a courtship display. They also raise their throat feathers to form a beard.

The Orchard Oriole is a different species, swapping the usual flame-orange of other orioles for deep, burnished, russet. Male Orchard Orioles sing a whistled and chattering song that draws females with a yellow-green color into riverine vegetation or scattered trees.

The tiniest of North America’s orioles, it collects insects from the foliage and constructs nests that hang from pouches and can be seen in its short breeding season. Orchard Orioles are generally friendly to one another and other birds like aggressive kingbirds that might help ward off predators.

Scientific name: Pandion haliaetus
Lives in: Canada, the US, and northern South America

Osprey are unique among North American raptors with their excellent hunting ability to dive deep into the waters and capture fish. These birds of prey are always close to water, and always looking for their next meal. Bald eagles are notorious for stealing meals from osprey.

Ospreys are a common sight, soaring over the shorelines, watching the waters, and flying over their massive stick nests with white heads shining in the sun. An Osprey can log more than 160,000 miles of migration over its 15- to 20-year life span. 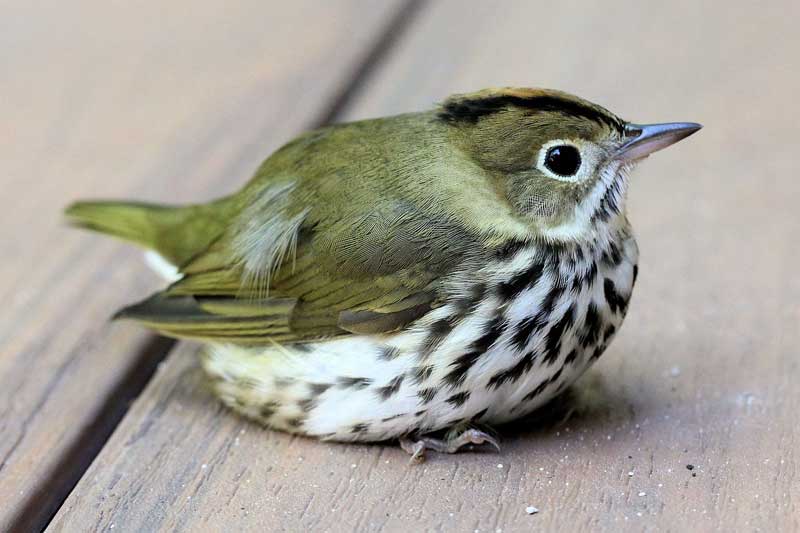 Scientific name: Seiurus aurocapilla
Lives in: The Appalachians, Florida and the Caribbean, Mexico, and Central America.

The Ovenbird’s rapid-fire song is so loud it comes as a surprise to see that the source is this tiny warbler strutting around on the dark forest floor. The olive-brown back and spotted breast make perfect disguises as it takes invertebrates out of the leaves.

The nest, which is with its leaf-covered dome that resembles an old-fashioned outdoor cooker, is what gives the Ovenbird its name. The Ovenbird is named after its nest, which looks like an actual Dutch oven.