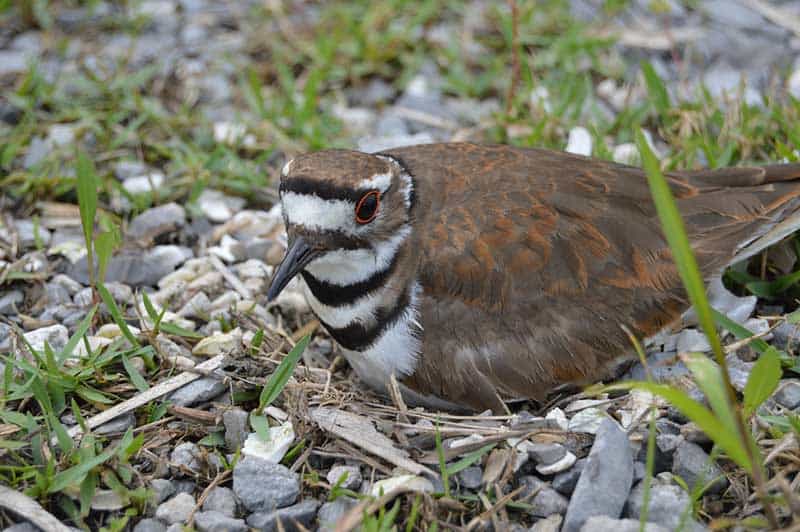 16 birds that start with the letter K

What makes this bird so unique is that, up until the 1990’s, the bird was only known from two specimens. This changed after it was observed for the first time in the 1990s. It is listed on the American endangered species list and protected by law in its native Brazil. It’s known for its olive green color and usually grows to about four inches in length.

Fun fact about kaemfer’s body-tyrants: The two specimens of this bird were collected in 1929 and again in 1950 but, were only seen for the first time in 1991.

Sadly, this bird was feared extinct up until it was sighted again in 2006 and made it onto the critically endangered species red list in 2007. It is known for its beautiful rufous-chestnut, red, and black colors. Little is known about the habitat of this bird.

Fun fact about kaemfer’s woodpeckers: It was named afterEmil Kaempfer who collected the first specimen of the bird.

The Kagu is typically found in the forests and shrublands ofNew Caledonia. The Kagu is carnivorous and it mainly feeds on lizards, worms, and snails. An interesting fact is that these birds are monogamous, often mating for life. Females will only lay one egg per year. However, if the first attempt fails, the female will lay another egg.

Fun fact about Kagus: It is a nearly flightless bird. Its wings only support its movement through the forest.

The Karoo lark is also known as the red-backed lark and forms part of the lark family. The habitat of the karoo lark is tropical and subtropical dry shrub land. It loves to dig in sandy areas to find food. Insects are its main source of food.

Fun fact about Karoo larks: The karoo lark is a medium sized lark. Males love to sing from bushes.

The Karoo korhaan falls under the species of birds in the bustard family. It is one of the smaller bustards at only 24 inches in size. Males are fairly larger than females, weighing 56 ounces and 48 ounces respectively. The male and female are similar in appearance, with the only distinction being that the females have less black pigment on the throat area.

Fun fact about Karoo korhaans: The karoo korhaan is omnivorous but plants make up the majority of its diet.

The Karoo thrush is mostly found in areas in South Africa such as the Northern Cape, Gauteng, Limpopo, Mpumalanga, Little Namaqualand, and the Free State. It is medium in size with a length of 24 centimeters. This bird goes by another name: Smith’s thrush.

These small birds have a melodic song and call. The song can be described as “sweet-eet sweet-eet-did-he”, while the call, on the other hand, sounds more like a sharp “chak”. Sadly, though, this is yet another species that is considered vulnerable due to decreasing numbers. Their range is very restricted to Sri Lanka and isolated pockets in India.

Sadly, this bird has been extinct since the 20th century and was officially declared extinct in 2021. Its bill was long and downward curved, covering about one third of its body. The body of the Kauaʻi ʻakialoa was about seven and a half inches long.

Fun fact about Kauaʻi ʻakialoas: The bird was introduced to the world in 1964 through a survey published by two scientists named F. Richardson and J. Bowles.

They are distinctly known for their rusty color. Though the numbers of this species were documented to be about 40 000 in 1970, and declined by nearly half in the 1990s, it seems to have made a recovery with a 13% increase in its population in the past few years.

Fun fact about Kauaʻi ʻelepaios: Interestingly, it was classified as a subspecies of Hawaii ʻelepaio but in 2010 it was reclassified as another separate species.

They are easily identified by the olive color that runs across their backs and the bright yellow that stretches from their throat down to their bellies. They nest on the ground underneath shrubs or wherever there is a sufficient amount of vegetation. Females will lay three to six cream eggs with brown speckles on them.

These seabirds are known to breed in colonies. Their breeding habitat is on the Kerguelen Islands, after which they have been named. Their numbers seem to be frighteningly low, at between 3500 and 6500. They are known to eat marine invertebrates and fish.

You can find other types of terns, like royal terns, in coastal areas of the United States like Florida.

Fun fact about Kerguelen terns: They are known for abandoning their colonies during bad weather.

Their breeding season is between June and July, often laying four to seven eggs at a time. Eggs are laid in a scrape nest on the ground. Nests are typically found near water. The female will incubate the eggs for 22 to 23 days. A very interesting fact about these birds is that the chicks are raised by the females collectively.

Without a doubt, the most spectacular feature about this bird is its color. Colors in the male range between brown, blue, dark brown, maroon, and a near black shade. This game bird has short orange feet made for a life on the ground. The female resembles the male closely in color but without the blue hue.

Fun fact about King quails: Males fight each other for the right to mate with females. The winner literally takes all.

Scientific name: Setophaga kirtlandii
Lives in: Michigan and Wisconsin in the United States

The kirtland warbler is known to natives of Michigan as the Jack Pine bird. They spend their winters in the Bahamas and breedings months in isolated pockets of Northern Michigan and Wisconsin.

Kirtland warblers are one of the rarest songbirds in the United States. While these birds generally have short lifespans, the oldest recorded bird reached the ripe old age of nine years old. They mainly feed on berries and insects.

Fun fact about Kirtland’s warblers: Their nests are constructed on the ground and covered by vegetation.

They are commonly referred to as Loeries in South Africa. The Knysna turaco has a mainly green plumage, an orange-red bill, and a white line just beneath the eyes.

The male and female are similar in appearance, but in the offspring, they lack the white line beneath the eyes and have a shorter crest. Their nests are made from sticks and placed in a tree. Females often lay two eggs during the breeding season.

While technically classified as shorebirds, these birds are often found nesting in gravel well away from any natural bodies of water. However they are not against scraping out an area in a field or pasture (livestock owners will see this a lot.)

The mating pair perform a scrape ceremony when picking out a nest site and often mate right after. A study actually showed that they prefer light colored rocks opposed to dark colors for their nests.

Killdeer are ground nesting birds that lay their eggs almost right out in the open, and if you get too close to a nest you can be sure there will be a mom or a dad there to let you know. Many times they will even aggressively chase you away as they are very protective of their nests.